Sasural Simar ka 2 is the most entertaining Indian television soap. It is the complete package of entertainment. Here is the fresh written update of a fresh episode of September 2, 2021. This upcoming episode starts with Badi Maa when she thinking about Avinash. 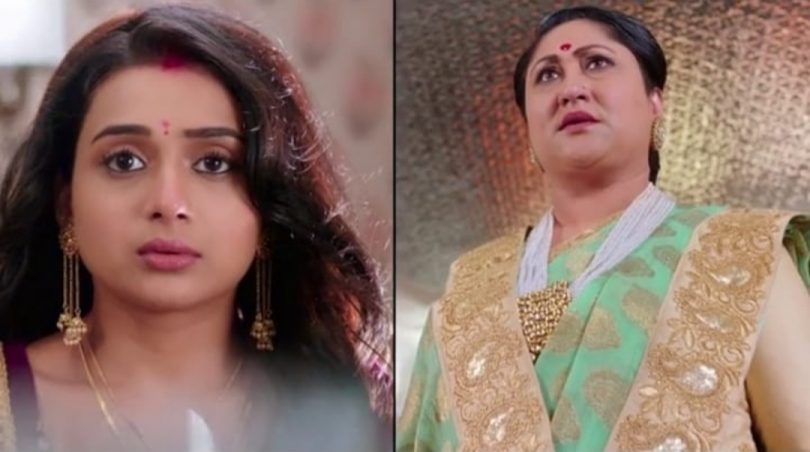 She tells Aarav that Avinash did not do any fraud with him which is the reason that he is happy with his wife. Just a few moments later, Yamini comes to the same place but Badi Maa gets so much angry by seeing her right there.Mehndi Hai Rachne Wali Full Episode 2nd September 2021 Written Update, Mandar Knocks Both Hide

Both get into an argument and Yamini Devi asks her that if her sleep is gone then who will snatch the other’s sleep. Badi Maa asks her how can you enter my home temple. In response to her question, Yamini Devi tells that yes right you are the Devi of your own temple. The argument between them takes a drastic turn and you will see amazing suspense in this episode.

Vivaan standing at a place and suddenly Reema comes. She tells him that she wanted to talk to him in a personal space. Vivaan tells her that if you have a feeling for me, firstly I can’t believe and then goes extremely crazy for a moment. He becomes so much excited to know it.

Reema says that he is the world’s best husband and she is the luckiest wife in this world. She says you are my dream come true. Vivaan bends down on his knees and gives her a rose. Reema keeps her hands on her cheeks. She asks him that do you love me always like this.

Chitra is planning about how to grab property. She starts thinking if they make a plan and Ganjender throws Aarav out of the house then maybe the whole property will be transfer to their name. Giriraj shocked and asks her that what Reema has done. Chitra replied to him and tells nothing to worry just wait and watch. Giriraj Says The Way You Are Troubling Maa, It Seems The Day Is Not Far When Maa’s Fake Ego Will Break.