One of the most trending dramas Tv serials Sasural Simar Ka 2 is bringing the utmost suspense in the story again. There is a huge chance that the serial is ready to bring new twists and turns to the existing story. The growth in the TRP of Sasural Simar Ka 2 is proof of the response from the audience. 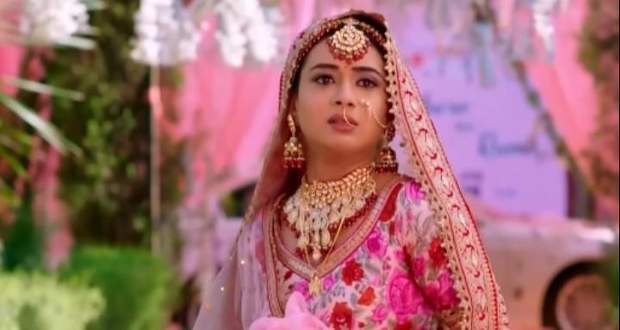 In this article, you will know about the Sasural Simar Ka 2 written update of August 30, 2021. Let have a look at each and every point related to this upcoming episode.

The episode will start with Chitra when she talking with Giriraj and telling that Badi Maa is so upset and even after knowing this Reema made her more upset. She says once this professor goes to jail then Reema will not leave Vivaan. Later in a few minutes, Reema comes and tells about the hoardings which were decided for the promotion.

Vivaan tells now the hoardings are placed all over the city. Suddenly Badi Maa comes to the place and looks at Vivaan and Reema with so much anger. The anger can be seen in her eyes.

Simar and Aarav come to the same place and Badi Maa telling about that she saw hoardings all over the way and she is very upset. She asks Giriraj and Chitra that did you both know about it. Gajendra asks Badi Maa that they should talk about the case first. Within a moment, Media comes and asks Badi Maa that how she feels now after winning the case.

Simar runs and sits on the ground tensed. She becomes upset so much and tensed due to the anger of Badi Maa. Aarav comes to the place and asks her that I told her that she will not cry anymore. So why are you crying again? He says you promised me about this.

Just a moment later he starts wiping her tears and he says we have to fight and win the case. But you have to be strong and give your hand in my hand and get up to fight back again. To watch the full episode, you can go to Colors Tv and Voot also.