Another day passed away and the story of the show again going to hit the television screens to entertain all the people all over the country. Yes, we are talking about Sasural Simar Ka 2 which is the only show on Colors TV that engaging millions of people to watch the upcoming episode of the show. The story of the show always keeps everyone entertained by adding some crispy and enticing twists. Always, the engaging and amusing turns will be increasing the number of views on the episodes that the makers aired regularly. The show already having a very high TRP and now the upcoming episode also increasing the interest among the audience. 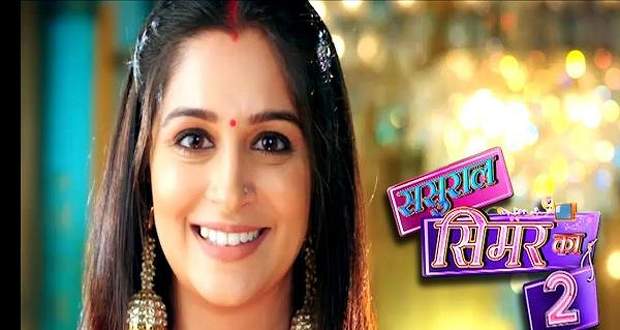 The upcoming episode will begin with Aarav who is tensed very much because he wanted to settle everything between Badi Maa and Simar. As the episodes passing away, Aarav appearing changing his thinking for Simar and he wants the same respect that other family members are getting from each other.

He further thinks that soon Badi Maa will accept Simar as the daughter-in-law of the house and also will see the qualities of Simar that Aarav sees in Simar. On the other hand, Simar is upset as she is missing her parents.

But Simar says that she already tried everything but their phone is not working and not reachable. Later, Aarav says to her that do not to worry about it, maybe they are busy and forget to charge their phone.

In the next scene, Reema calls Vivaan and says that she is going but she wants to meet him once before going from there. Later, we see Vivaan come to meet Reema but he is completely unaware about the upcoming thing that will be going to happen with him by the side of Reema. Whatever Reema does with Vivaan, they both have to marry each other after this. In the upcoming episodes, viewers will be going to witness the marriage of Reema and Vivaan.

Now, the story is actually going on very well and amusing all the people without any hesitation. If you want to watch Sasural Simar Ka 2 then it will be airing on Colors TV at 6:30 PM.