Again, the most prominent daily soup Sasural Simar Ka 2 is all set to introduce another mind-blowing episode to entertain everyone. The episode of the show will begin with Aarav who is taking her hands from her shoulder and forward his hands to cheering for Oswals. Aditi, Simar, Vivaan And Reema keep their hands on hands. Suddenly, Reema says that if the group hug is done, then she can go now. Then, Vivaan asks Aarav that he has also some work and he says bye to everyone. After that, Aditi holds Aarav and Simar’s hands and thank them for let her down freely. 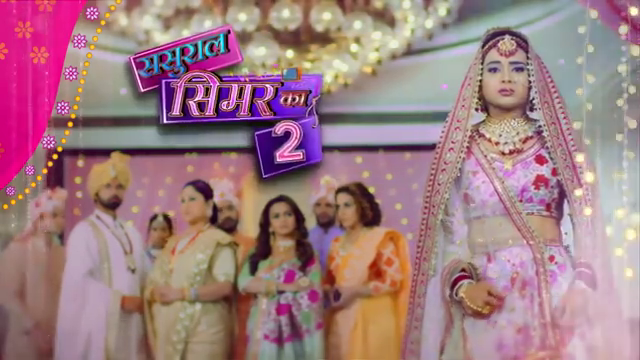 Aarav tells Simar that being elder is very difficult and keep them happy while showing them the right way. Simar says when you are feeling very responsible for only this, then think how much Badi Maa feeling being a mother. She must be responsible for every member of the house.

Every decision that she taking for the family is not only right or wrong but she is thinking for everyone, not for an only a single person of the family. She further says that she is not pointing to Badi Maa as whatever she did is wrong but if the mistakes have been corrected then the person doing the mistake becomes right.

Then, she holds Aarav’s hand and asks him to make everything fine by becoming the elder son. In the next scene, Vivaan comes to the office and sees that there has been a photoshoot going on. Then, he asks the photographer to cut it and asks that who select these models. The brand manager comes there and tells that he has assigned Oswal Group Of Hotels to select the models and he has selected the top models. Vivaan tells him an idiot and says that the models not only represent the Chain Of Restaurants but complete the Oswal Group.

He further says that he wants some models who represent the entire group with class and grace. After that, Vivaan asks him to cancel the photoshoot. The manager asks if Geetanjali Mam’s deadline doesn’t match then. Vivaan says him that they will shoot tomorrow with new models and this time all the models will be selected by Vivaan.

He turns and sees that Aarav standing there, Aarav smiles and shows the cold drink can. Now, the upcoming episode of the show Sasural Simar Ka 2 will be going to boost the engagement level of the audience and everyone waiting to watch the entire story of the show. So, stay connected with us and the show will be airing on Colors TV at 6:30 PM.