“Sasural simar ka 2” in today’s episode starts with the Simar entry. Then she takes the blessing to Avinash and she sees her hand mark and starts getting worried. She sees all the marks on her body but Avinash giver her comfort and said that she is perfectly alright, nothing has happened to her. Simar hugs her father. Avinash sees Arav and welcomes him. Arav takes his blessing and said whatever happened here which is very wrong and Badi maa shouldn’t have sent the cops. Reema stands behind the door tries to go in because she doesn’t want to meet Avinash but suddenly Vivan holds her hand and nods his head to meet her parents. 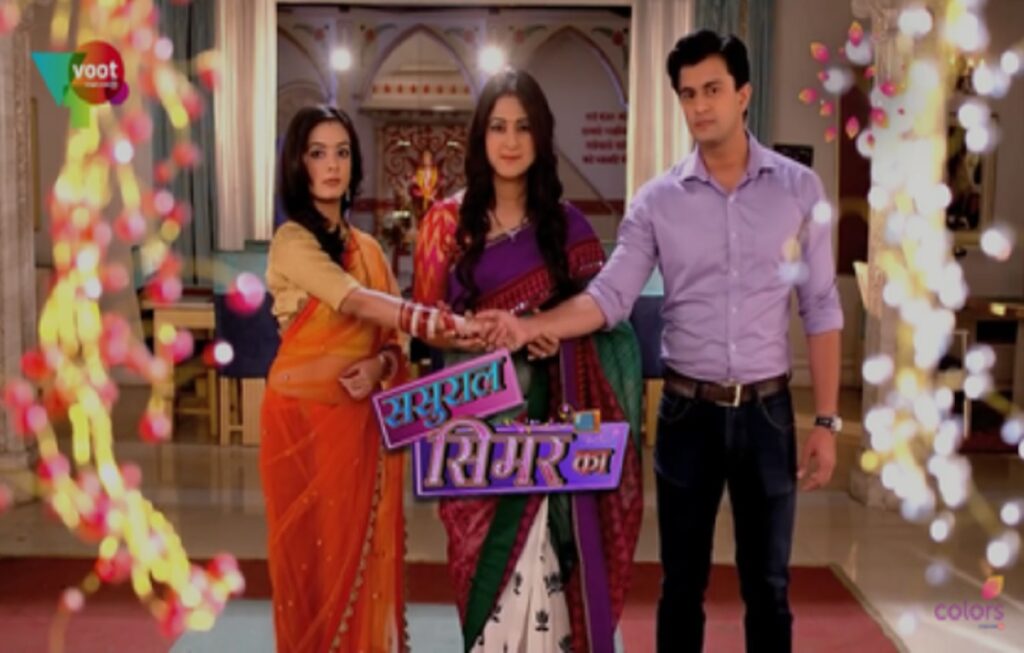 Avinash feels so guilty to see Avinash in this bad position. he said that he comes here not as a son-in-law rather you come here as a son. In this problem, Simar and Arav stand with the Narayan family. He also says that he also feels so bad, and he knows that it’s not possible to forgive me but please try to forgive him. Arav tries to stop him because he tells Arav that he is fine. he tells her by mistake that her relationship is not for the long term and suddenly he covers his lines and said in a very small time you both are so understandable couple for each other.

Avinash feels so proud because Arav and Simar’s thinking is the same. He starts thinking and talk to himself and said his second daughter doesn’t have that quality. Then he calls Gagan and said to take the shagun envelope but he didn’t go to take it, so he goes himself. Chitra calls the Shobha and starts asking that what is happened in the Narayan family.

Shobha replied she also doesn’t know about the Narayan family because her son also left the Naran house. So Chitra says to call Narayan’s house and take the news on her laws, that Avinash is still alive. Shobha starts speaking with herself that she will never call them.

Suddenly Avinash fell down, and everyone runs to catch him. Reema also runs and holds him. And ask that he is alright? As soon as Avinash listens to her voice he removes his hand. Reema tells Avinash that he has two daughters. For more information and the latest updates stay connect with us and stay safe!