Sasural Simar Ka 2 is going to make you crazy with its upcoming turns and twists in the story. This upcoming episode starts with Avinash when he is calling Reema to come to him. While on the other side, Roma encourages her to meet Avinash and listen to what he will tell her. The moments later Reema comes to Avinash and both hug each other. 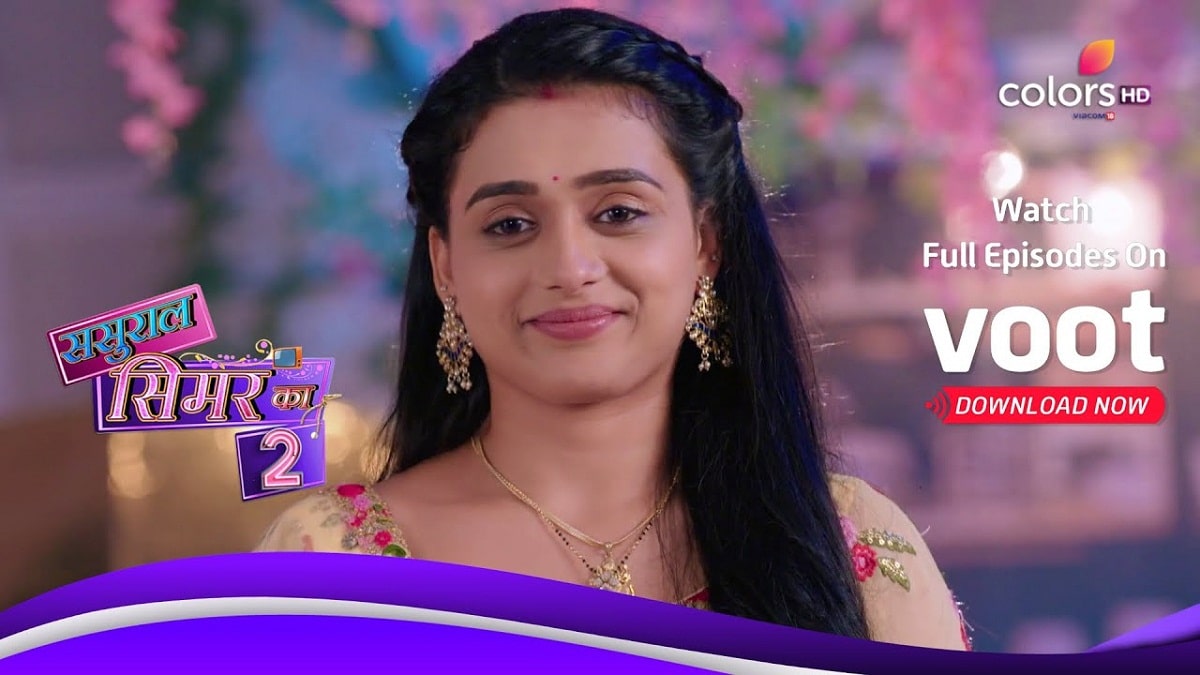 The moments later Avinash says tomorrow is the most important day for all of us. Everyone is curious to know that why is so special for tomorrow. He reveals that tomorrow there will be a court hearing and then judgment over the case.

Everyone goes to sleep and plans for Judgement Day. They come back home and suddenly Aarav calls simar. he tells her to pack a bag and get ready. Simar tells him that she has to take permission from her mother-in-law before going somewhere. Meanwhile, Geetanjali Devi comes there and asks Aarav that why are they late. Simar is on the stairs to go out and suddenly Geetanjali Devi asks him where he is going. Immediately Shobha asks where are you going, Roma.

Geetanajali Devi gets angry so much and the moment gets heat up. Everyone is just silent uring the moment and waiting for the Geetanjali Devi’s next response. She will tell them that they will go out only when their father proved innocent and come home again. Aarav asks her to give a blessing and says that the truth will win tomorrow for sure.