Another episode of the huge TRP achiever Sasural Simar Ka 2 will be going to heats up the entire atmosphere. Everyone knows that the daily soup is highly engaging and creating new records every time when a new and thrilling twist will be going to happen in the simple story. 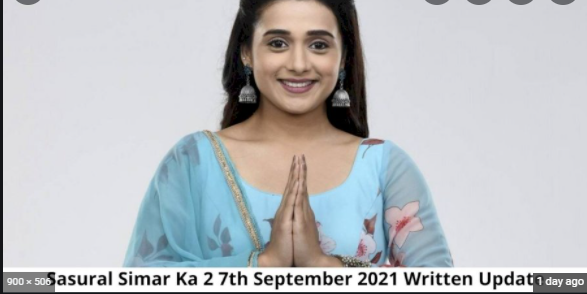 The TRP of the show always remains on top and millions of watchers continuously watching every episode of the show. The upcoming episode begins with Aditi appreciating Simar for the Ganapati Decorations. After that, Aarav also tells that this time, the feeling of Ganapati is different just because of Simar.

Aditi also says that they shall play the game. In the next scene, viewers can watch that they both playing the game and Simar identifies the song which Aarav’s team shall say. Simar Saya the song name is Hum Aapke Hai Kaun.

Now, the next turn comes to Reema but she can’t identify the song but suddenly, Aarav says Maine Pyaar Kiya. They continue to play and this time Simar’s turn. Aarav whispers I Love You in Simar’s ears. After that Simar enacts then Reema and Aditi identifies the word and then Aarav and Simar get busy with the decorations.

They both get stuck together while fixing the LED lights. When Aditi sees them, she imagines Gagan but suddenly Sandhya brings Samosa And Kachori for them. Simar tells Aarav that they need to bring Bappa home but Roma feels bad for her condition.

On the other hand, Jatin’s girlfriend comes there and taunts Roma by asks her to wash her glass and keep the kitchen neat and clean. After that, she says that she needs to sanitize her hands as she touched her hands. When Roma hears this from her, she starts crying and she leaves from there.

On the other hand, Vivaan informs Badi Maa that Ganapati Bappa has arrived. They all start dancing but Reema still thinking that she shall leaves as the music is playing and no one will keep their eyes on her. Now, the upcoming episode of Sasural Simar Ka 2 will be actually very interesting and highly anticipated. The episode will be going to air tonight at 6:30 PM and you just need to stay on the Colors TV.