The Ministry of Health and Family Welfare (MoHFW) re-launched a national mass media campaign “A cough” during the End-TB Summit in New Delhi inaugurated by Prime Minister Narendra Modi on 13th March. The motive of the re-launch is to warn the citizens about how tobacco use and TB are linked. 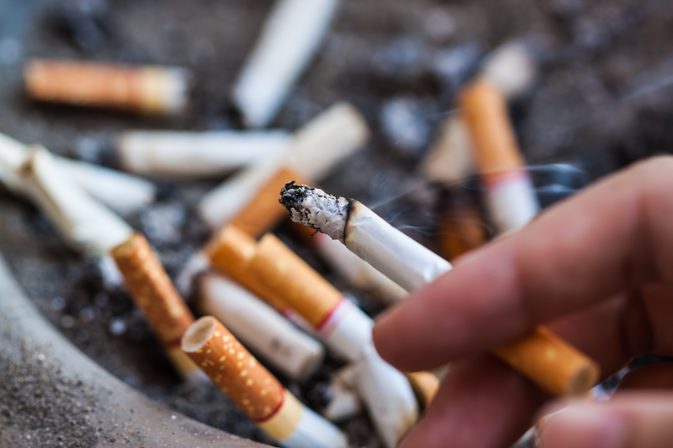 The campaign brings to light that the consumption of tobacco and exposure to secondhand tobacco smoke hikes the risk of TB and eventual death from the disease. The primary barrier to timely diagnosis and treatment among smokers is the prediction that a cough is related to their smoking. This campaign asks smokers to visit a doctor to confirm if a persistent cough is a symptom of TB.

The disease killed about 432,000 Indians in the year 2016. The government aims to eliminate TB from India by the year 2025, five years before the global TB eradication target of 2030. The campaign that is undertaken to create support for elimination of TB motivates smokers to quit, and go for timely diagnosis and treatment of the disease.

When “A cough” was initially launched on the World No Tobacco Day in the year 2017, India was the first nation in the world to formulate a national tobacco control campaign that shows the increased risk of TB and death from smoking tobacco or passive smoking. The Public Service Announcement depicted in a graph that while a smoker’s cough lets them know that they have a health issue, a persistent cough over a period of two weeks or more could imply that the problem is TB.

To ensure pan-India reach, the campaign would be broadcasted in 17 languages for ten days on All India Radio and Doordarshan. It would also run for two weeks on digital platforms like Facebook, Youtube, Voot, and Hotstar.

In advance of its first launch in the year 2017, “A cough” was pretested with a target audience who discovered that it was ‘believable,’ ‘easy to understand,’ ‘made respondents stop and think,’ and ‘made respondents feel more concerned.’ The PSA also asked the respondents to be sympathetic towards those who are suffering from TB. It also made them feel concerned about the symptoms of TB and encouraged them to visit a doctor if they witnessed TB symptoms.