Here we are back with the latest update of Sirf Tum 2. This serial is very famous and popular among people. It is going well with great TRP on the television. This serial is very interesting and entertaining. According to the promo video, This episode starts with Ranveer filling sindoor Suhani’s hairline, and Suhani gets shocked by seeing this. Ranveer says Suhani is his wife now. Rakesh gets up in shock and it turns out to be his dream. He says Suhani will not save in Ranveer’s house. Ansh does not wake up and Rakhesh throws water on him. Ansh wakes up and says what he is doing here. 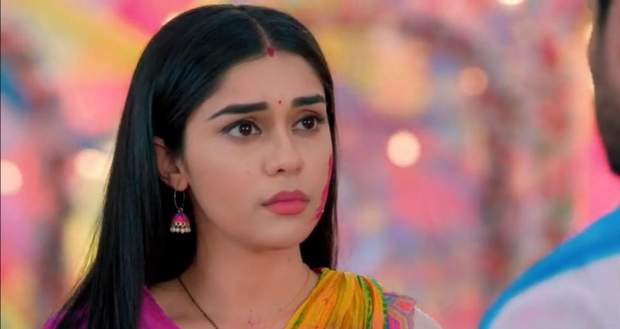 Mamta locks herself in a room. Ranveer calls her from outside. Mamta envisions Asha is laughing in front of her. Ansh says Mamta will stay in this corner only because this is the right place for her. Asha says Ranveer is also in Suhani that’s why he has brought her here. So Mamta is not able to get comfortable anymore. she says she will throw out of Vikrant’s house and his life. Then Mamta throws a vase at her and yells shut up. Ranveer lists that Mamta tries to slit her wrist with the broken piece of the vase. Ranveer brakes the door for saving Mamta.

Ranveer saves Mamta and Ranveer gets injured in hand. She worries for Ranveer and he can not imagine his life without his mother. She says what about the pain which he has given to her by bringing Asha here. Because of Suhani, he distorted everything. Mamta looks shattered.

Rakesh says he should die instead of seeing all this. How can Suhani take shelter in Ranveer’s house who had left her in mandap. Sudha tries to calm down. Ranveer tells Mamta to swear on him that she will never do this again. He will burn the house. Ranveer says he will make arrangements soon. Suhani will not stay here for a long time with his family.

Ranveer says she should give him some time. Roshni tells them Suhani is leaving the house. Rakesh came here. Ranveer runs to see her. Rakesh tries to take Suhani home but she will not go with him. She says where her in-laws stay she will also stay there. Rakesh’s home is not her home. Rakesh says she has the right to her house even after marriage. Rakesh says to Suhani that her in-laws can also stay there.

Ansh says Rakesh might face humiliation by local people. Asha says she doesn’t want Ansh to stay in his house as gharjamai. Rakesh says the situation is not good so they should go with him. The episode ends here. So Don’t forget to watch the full episode of Sirf Tum 2 on the colors tv channel on television.