The latest daily soap Shaurya Aur Anokhi Ki Kahani is getting huge attention and ahead towards being the top TRP winner serial on the Television world. It is premiere on Starplus from Monday to Friday. Here we going to be the part of this written update of this upcoming episode of Shaurya Aur Anokhi Ki Kahani. The serial is telecast at 09:30 PM tonight. Let’s have a look at the available upcoming incidents which gonna twist the situation and make future episodes more interesting. 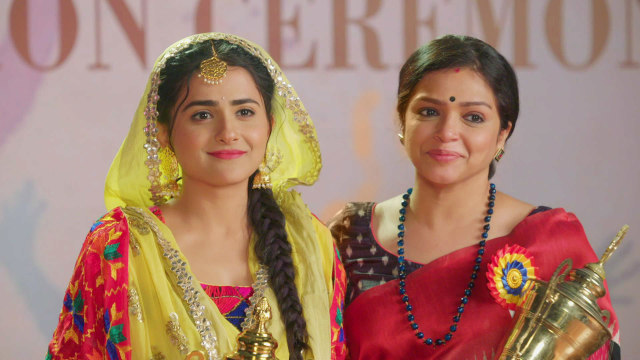 In this upcoming episode, we should ready to enjoy the upcoming twist. We gonna see that Anokhi will ask Shaurya that how she can arrange 50000rs to get a transfer certificate. Shaurya shouts at her and telling her that she should arrange the amount before. Suddenly, Anokhi asking Shaurya that he saying all these points due to Astha Mam. After this, He says Anokhi you should thank me that I am telling you all these procedures, even it was your responsibility to check the prospectus of this college before admission.

Shaurya will angry at Anokhi and he tells her that, Institutions and colleges are running as per rules and regulations. Anokhi, you should understand this thing. After scolding Anokhi, Shaurya says to her that I have no personal problem with you Anokhi. Anokhi says if you don’t have a problem with me then you have a problem with Astha Mam definitely. That’s why you saying all these things.

Raja gets the police to Aastha. He says I filed a complaint against you. He asks the inspector to save Anokhi from Aastha. Anokhi calls Aastha. Raja asks the principal not to give TC to Aastha. The NGO ladies come to help Aastha. They ask the Principal to give TC to Anokhi which will help her to get admission. It is her right to study in a reputed college. Aastha asks do you want to request the TC. Anokhi says I passed the interview in SIAC, I need to submit the TC for admission only. The situation becomes emotional and she expresses her feeling to Astha.

Anokhi back to her sister’s home and her sister Babli offers halwa. She says Anokhi has it, it will definitely boost your mood and reduce your sadness. Anokhi hugs her and says yes. Babli says I want to see your smile, have the halwa fast, tell me how is it. Anokhi likes it. She feeds halwa to Babli.