Many scientists have been informed that as the environment and climates are changing rapidly; those changes have affected the Great Barrier Reef severely. After this announcement, scientists have been working to come out with an effective solution. As per the latest report, Scientists at the Australian Institute of Marine Biology have developed a floating sun shield, which is made up from calcium carbonate, an ultra-fine biodegradable thing, which could protect the Great Barrier Reef from the current environmental issues and the bleaching. 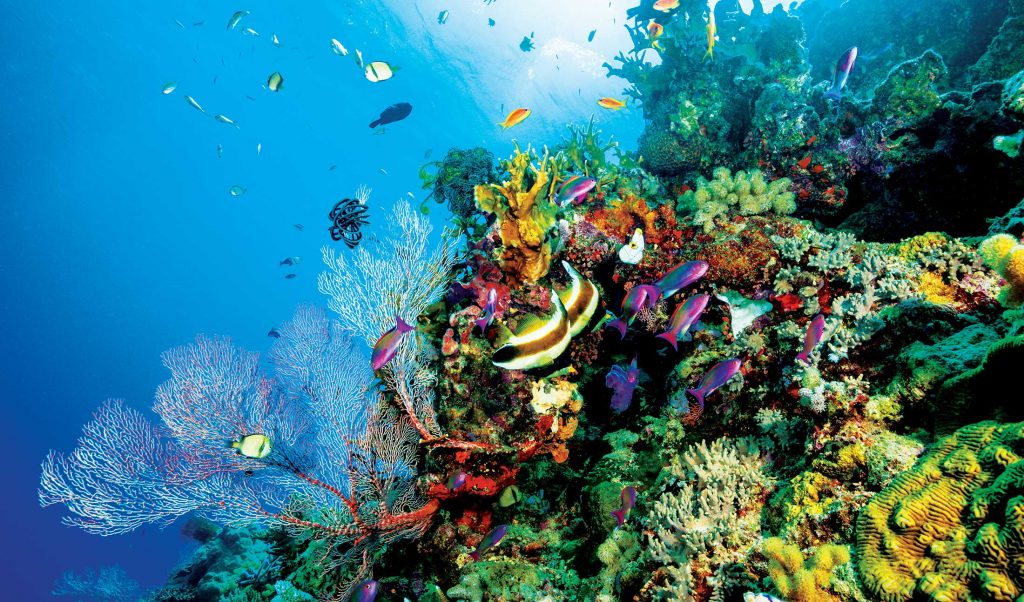 Talking more about it, Anna Marsden, Managing Director at Great Barrier Reef Foundation stated, “It’s designed to sit on the surface of the water above the corals to provide an effective barrier against the sun.” The scientists carried out some trials using this on seven different coral types and discovered that the layer reduced bleaching of the reef and other species as it can reduce the sunlight by 30 percent.

Marsden further stated that this protective layer had created a significant opportunity to examine the idea of reducing the sunlight from reaching the corals in its initial stage can prevent them from becoming stressed which leads to bleaching. Australia is now considered as one of the major greenhouse gas polluters, and it is now high time for taking major steps to protect it. The reef is also started vanishing in these areas.

The sun shield which is made from the material that found in coral-reef skeletons can’t cover 348,000 square kilometre reefs. But, for now, it can be used over a small area to protect them, informed Marsden. For now, the scientists are working more on it to ensure its effectiveness before it gets to the final stage. But it is great option to save Great Barrier Reef.