Sasural Simar Ka 2, 29th June 2022, Written Update: Geetanjali Devi Threatens Avinash: Here we are sharing the latest update Of Sasural Simar Ka 2. As we all know that this serial is very interesting and it has been running well with great TRP on the television. According to the promo video, this  Riyansh is taking with himself about his own bachelor party and suddenly arrives in the music room. There is kavya and they wave each other hands. Reema calls the modeling agencies. She is asked to act as Badi bhabhi in the shooting. She gets upset. She asks about her age and beauty. Them Simar comes to Reema and she makes about the advent of the parents of Ishita. She must take responsibility as Badi bhabhi. Here we have more information about the episode and we will share it with you in this article. Follow More Updates On UptoBrain.com 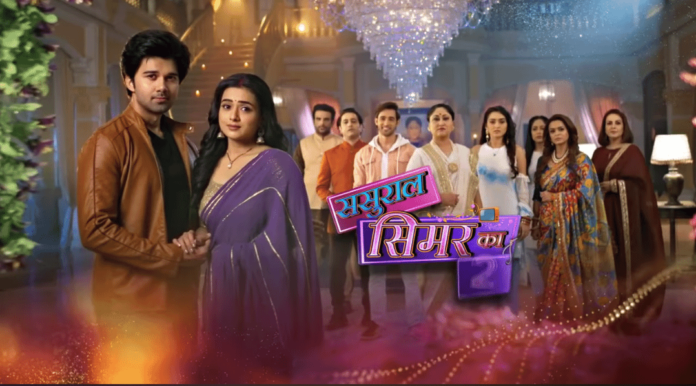 Here, Reema gets angry and complains about Simar’s attitude to her. Simar becomes puzzled. Simar calls her Dadi, and Reema starts to grouch. Reema says she is insulted by acting management. Reema says Simar you are so perfect. All give consent in your choice. But I don’t do household work. . She is not capable to do all this stuff. She wants to focus only on her career. She goes out for shooting. Simar forbids her. But she doesn’t listen.

Here, Vivaan calls someone and asks for any update on any role for Reema. But there is nothing for her. Aarav asks about his mistake. Vivaan says about the truth that she is getting any role. Vivaan shows their misunderstanding. Gagan comes and he shows the sonography report, and shares his tension regards the baby. Aarav and Vivaan converse about the fun and satisfaction of being fathers. Vivaan wishes for a baby. Aarav explains to him the difficulties of the pregnancy of a would-be mother. Vivaan agrees that the main priority is Reema’s consent.

Later Reema calls the doctor for her plastic surgery and anti-aging treatment. Riyansh comes to Badima and says he needs some time and says sorry to everyone because he lied about his relationship. He wanted to distract all to find a girl for him. He feels guilty this time then Badi maa consoles him and explains the power of the truth.

She says not to feel guilty after that Riyansh feels better. Riyansh asks whether she is still upset with him or not. Badi maa says there is no need to worry. Badi maa gentle grace and affection towards Riyansh. Finally, Badi maa asks Riyansh is ready to get married not then Riyansh says yes. The episode ends here, so don’t forget to watch the full episode of  Sasural Simar Ka 2 on the colors tv channel on the television. Stay tuned for more updates.