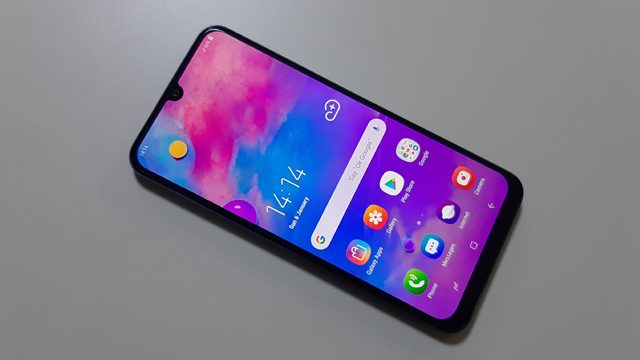 The new series of Samsung M series smartphones is going to be launched in India Today. The M series of Samsung smartphones are doing well in India till date. Samsung is all set to launch the new Snapdragon 675 SoC smartphone Samsung M40 in India today only. The device will be launched at 6 pm IST on the 11th of June 2019. The phone is expected to have a 6.3 full-HD+ (1080×2340 pixels) Infinity-O Display. It has a 32-megapixel primary sensor and a Screen Sound System that will produce audio sans an earpiece and a dedicated button to enable voice assistants.

The phone is expected to come at a nominal price. However, nothing has been confirmed by the company yet. The company, though, confirmed that it has an Android Pie out-of-the-box with One UI on top. Samsung M40 is the updated version of Samsung M series, launching this year. The smartphone is set to launch in India at 6 pm today.

As expected, this smartphone would be beating the latest Realme and Xiaomi smartphones. The device is expected to have an Infinity-O Display panel with a hole-punch camera design. According to the released teasers, it will also have a fingerprint sensor at the back and a triple rear camera setup. And the company has already confirmed it to run an Android Pie out-of-the-box with One UI on top.

The smartphone has a 32-megapixel primary sensor and a Screen Sound System. According to the rumors, it will have a 6.3-inch full-HD+ (1080×2340 pixels) Infinity-O Display and comes with a 3,500mAh battery. The exact price for the smartphone has not been declared. It is expected to be around 20,000 as per the last series of the chain. However, the final price will be announced by the company at the time of its launch. Stay tuned for the final come-outs about the specifications and price.

Check Out The Revealed Features Of New Update OxygenOS By OnePlus

Samsung M40 To Go On Sale From 18th June In India: Check Out The Price And Specifications