Samsung has again launched their new budget range handset for M Series i.e Samsung Galaxy M12. The handset has two variants 3GB RAM + 32GB and 4GB RAM+64GB and 6 GB RAM + 128GB which is expandable up to 1TB and a dedicated microSD card. Let’s talk about the features of this phone. First, start with the camera, the handset has 4 rear cameras such as a 48 MP main camera, 5MP ultrawide angle camera, 2MP Macro camera, and 2MP depth camera with the features of LED flash, HDR, PDAF, and Panorama. The handset has an 8MP front selfie camera with an f/2.2 aperture. The phone has a dual-tone finish with a display of this handset is featured with a V-shaped notch at the top of the center for the selfie camera. 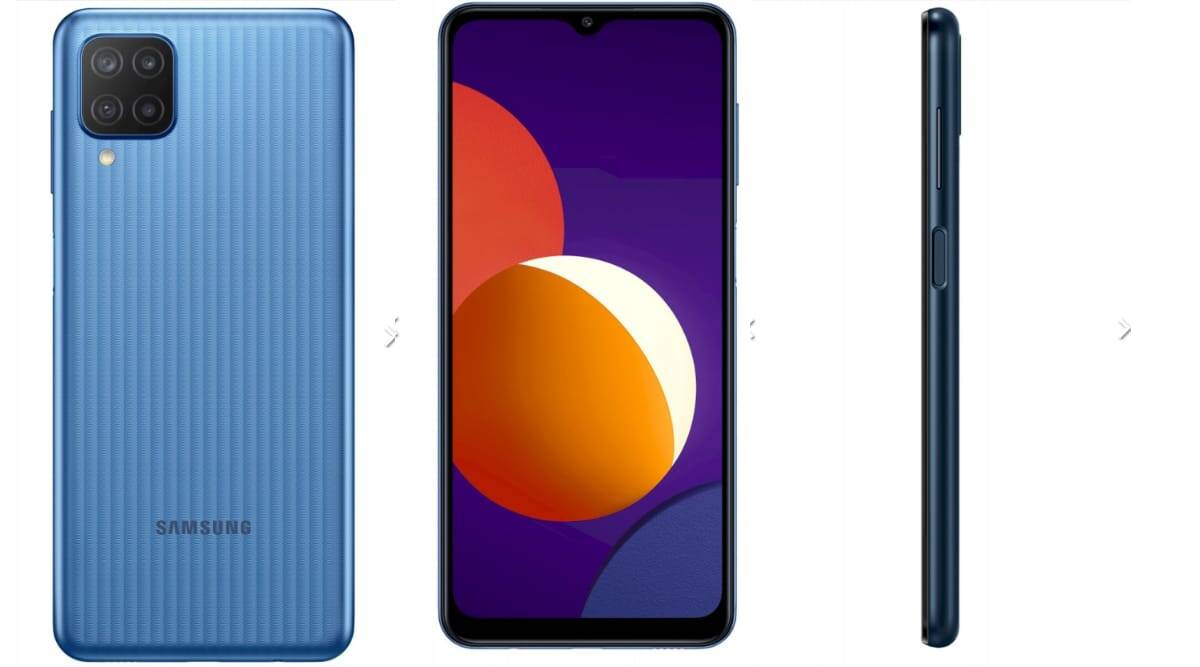 The screen is expected to measure around 6.5 inches in size and the width will be 2.99inch with a thickness of 0.35. The expected measured weight of the handset is 215g. The M12 display type is similar to the Samsung Galaxy A12 which is PLS TFT. The handset has an expected screen to body ratio of 88.6%. and aspect ratio would be 19:5:9. The handset is protected with glass on the front screen. The ray panel of the phone appears to have a dual pattern design and it carries the cord camera setup at the top left corner and a square module including LED flash below the camera setup.

The volume rockers are visible on the right edge along with the fingerprint sensor-equipped under the power button. The 3.5 mm headphone jack is given at the bottom of the handset with the speaker grill and a charging port. The physical dimension of the phone is set to be measured as 163.9*75.9*8.9 mm and is expected to come equipped with a massive 6000 mAh battery which will keep you engaged to do your work without any interruption. Apart from this, the handset will have the Android 11 operating system with a  One UI 3.0 and a chipset of Exynos 850 chipset.

The CPU speed of the handset is  Octa-core 1.8 GHz, 1.6 GHz. It comes with a type-C charger with a 15W fast charger. The connectivity options in the phone include 4G Volte, WiFi, Bluetooth 5.0, GPS, a 3.5mm jack, and a Type-C port. The handset has three color options available in the market black elegant, blue and trendy emerald green. The handset will price in India at Rs. 10999/- for 4GB+64GB storage and Rs. 13499/- for the 6GB+ 128GB storage. The smartphone will be available on Amazon. To know more about this article stay connected to us.