Actor Vicky Kaushal and Actress Katrina Kaif got engaged suddenly. The rumour about their relationship is getting viral over social media for a long time. The couple has been spotted by media at various places together. Both tried to hide the relationship but the fans get all the details about the couple. Now the lovebird has taken a big step towards the remaining life. 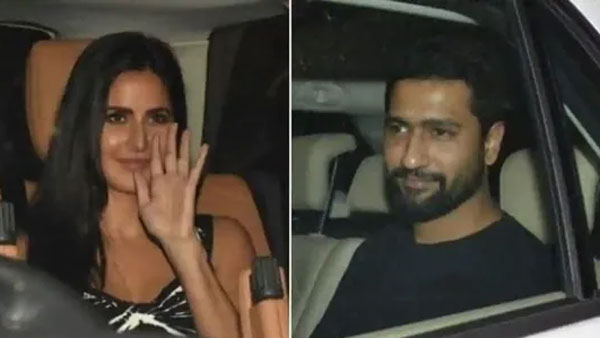 It was reportedly found by fans that Vicky Kaushal and Katrina Kaif got engaged in a secret ‘Roka’ ceremony. The lovebird exchanged the rings during the ceremony and proceed their relationship to the next level. The pictures of the ceremony are not yet available on the internet and when we get the pictures.

We will update the info here. But the fans started to pouring Congratulations messages and wishes to the couple. There are many pictures available on Social Media that brings more indications about their relationship. Much social media handles sharing videos and photographs of Vicky and Katrina. You can see the images which are available below.

The couple Vickey Kaushal and Katrina Kaif also spotted on the new year 2021 with their siblings Sunny Kaushal and Isabelle Kaif. Not only this but they even tested positive for Covid-19 this year together. Recently, the two of them were spotted dodging the photographers at the special screening of Shershaah.

Even the confirmation about their relationship appears when Harshvardhan Kapoor is in an interview. He confirmed that they dated each other and revealed that Vicky & Katrina dated each other for a time and that’s true. There are many fans who went crazy after knowing about their engagement rumour. The remaining details will be added here later. Keep your eye on this report because we will add more information soon.