With the huge enthusiasm level, here we are bringing a fresh update regarding the upcoming Tamil movie Rubam which is set to be released in early 2021. The first look of this movie has been unveiled by makers and along with it, we have an ensemble star cast, plot of the film, and release date of the film. As per official confirmation, the upcoming Tamil film Rubam is directed by Thamarai Selvan and featuring the gorgeous actress Parvatii Nair who will play the lead role in this film. Without wasting a moment for forward with us to explore more about the film and first look of RUBAM (2021). 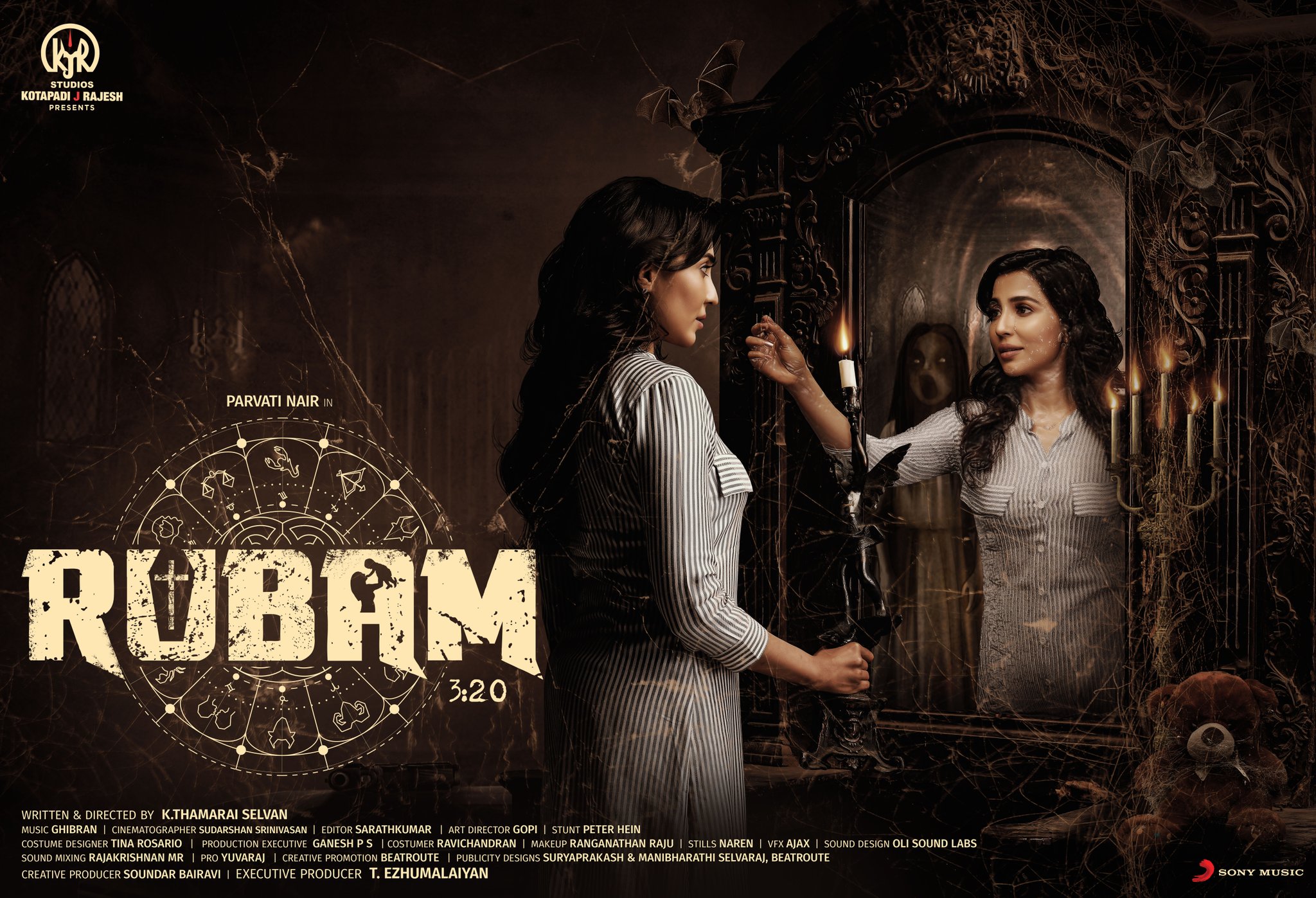 The first look has been released two days ago on Twitter by KJR Studios. The Twitter post captioned as “The run, the chase, it’s all real! Or is it?@paro_nair @freddydaruwala @mpthamrae @GhibranOfficial @dop_sudarshan @sarath_edit @PeterHeinOffl @teeenarosario @narendrancm @EzhumalaiyanT @SonyMusicSouth @proyuvraaj @gobeatroute” After seeing the poster it is confirmed that the film going to surprise fans and prepare a horror thrill for 2021. here is the Twitter link to understand this post better.

As we always saying a star cast is playing a vital role to make a film blockbuster and hit on the box office. So, according to the currently available information so far director Tamarai Selvan announced only a single name from the star cast which is Parvathi Nair as per our knowledge. When we get the remaining names of the ensemble cast we will info you here first.

The story of Rubam is yet to be announced by makers and till then we don’t have a small idea about the story and concept of this upcoming film Rubam. Through observing the Poster of Rubam we are for sure that the story definitely comes with an eye-catching horror thrill that never allows you to sleep alone in your room.

So far there is only a first look has been revealed by the director and currently, there is only one feature actress and other four crew members including music director, director, and other teammates of Rubam. You should relax because we are chasing the information about this film and when we get every fresh update about Rubam we will update it here very soon. To get n touch with us you need to save our website through a bookmark in your browser o visit us continuously when you have a moment out of your busy schedule.