Today we are going to talk about the famous Tiktok star Riyaz Aly, let us tell you that recently Riyaz Aly is coming again with his song, with the help of the article you will get information related to this song, So Stay with us till the end of the article for all kinds of news related to the song. 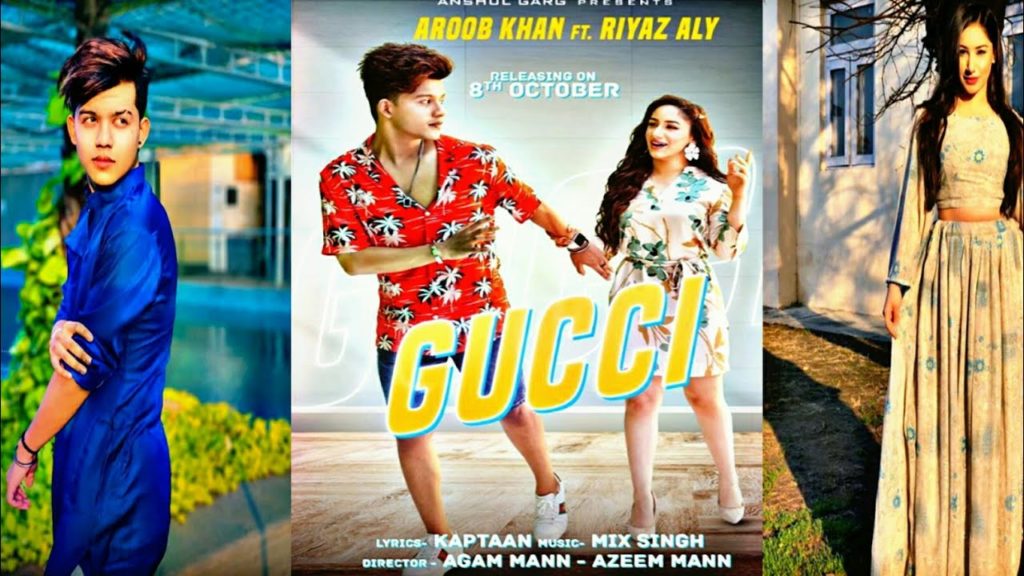 Riyaz Aly’s latest song is Gucci which is a Punjabi song produced by Agam Mann and Azeem Mann. The song is sung by famous singer Aroob khan. Both Riyaz and Aroob will be seen acting in the video of this song.

We know that Riyaz’s fans have been missing him a lot since Tiktok was shut down and that his fans were looking forward to Riyaz coming back soon with a flaming song or video. So now your wait is over because Riyaz is soon coming up with Aroob khan with his new song named Gucci.

Let us tell you that two days ago Riyaz shared the poster of his song on his Instagram account. In the caption below the poster, he told how excited he is for the upcoming song, he wrote in Captioned that “Super excited to announce my next song”. Not only is Riyaz excited about this song of Riyaz, but his fanfare is equally excited because the enthusiasm of people has increased by looking at the posters on the Instagram, not only this, he has received more than 5,25,784 likes on this poster. This Poster review clearly shows how excited Riyaz fan for his new song.

The released date of Song

While sharing the poster, he lifted the curtain from the song’s release date. The release of the song Gucci is scheduled for 8 October 2020 to be released on YouTube. Riyaz new song will be released in just a few days wait, in the voice of Aroob khan.