The Realme smartphone company has recently launched two more smartphones on Wednesday, August 18, 2021, officially in India, Realme GT and Realme GT Master Edition. Yes, the launching of the smartphone took place on this Wednesday and both smartphones come to the list of 5G smartphones of the company. 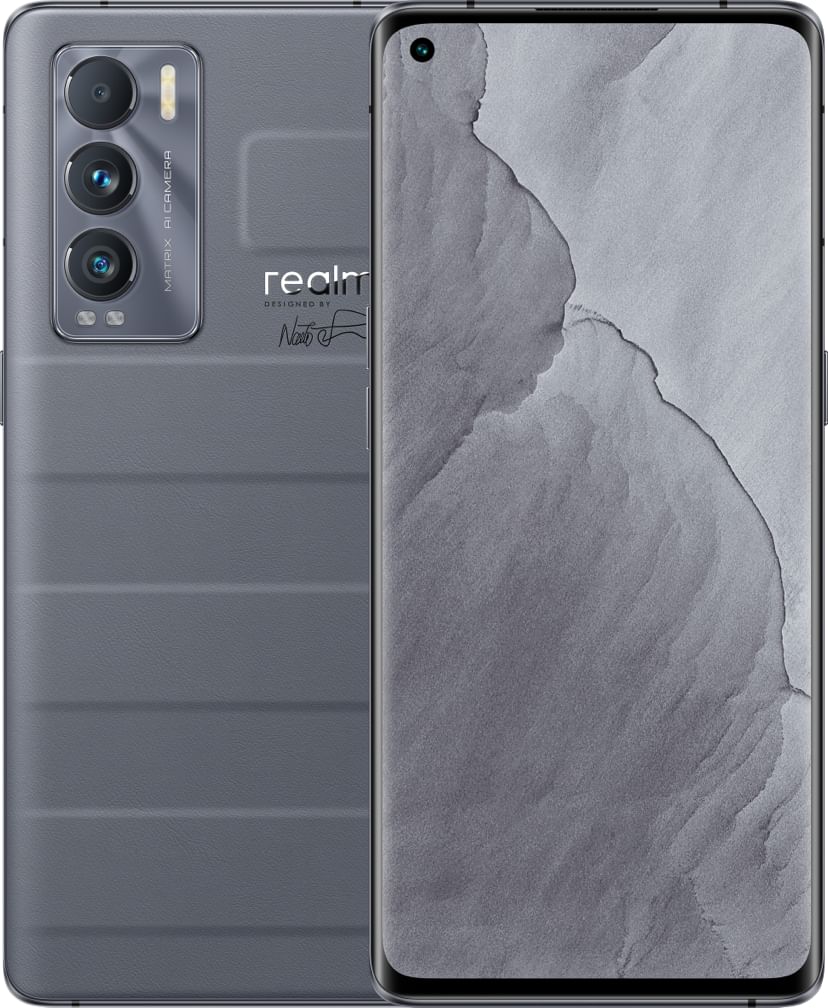 The smartphone launched with 120Hz Super AMOLED displays with a triple rear camera. According to the sources, the smartphone comes with a top-of-the-line Qualcomm Snapdragon 888 SoC and on the other side, the Realme GT Master Edition has come with Snapdragon 778G. Along with this, the Realme GT Master Edition is available in the special version which is crafted by Japanese designer Naoto Fukasawa.

The smartphone will run on Android version 11 with a 6.43-inch of Full HD AMOLED display including an aspect ratio of 20:9 and 120Hz refresh rate. The display has a peak brightness of 1,000 nits and a 360Hz touch sampling.

The model will available with Qualcomm Snapdragon 888 SoC with up to 12GB of RAM. Also, the customers can expand the RAM of the smartphone up to 7 GB and internal storage of 128GB and 256GB.

For camera lovers, the company features a triple rear camera setup with a 64-megapixel of primary sensor, an 8-megapixel of Ultra-wide shooter, and a 2-megapixel of the macro shooter. Along with this, there is a 16-megapixel of selfie camera for selfie lovers.

5G, 4G LTE, Wi-Fi 6E, Bluetooth V5.2, GPS/A-GPS, USB Type-C, and NFC are the connectivity option in the smartphone and some sensor comes with ambient light sensor, gyro, accelerometer, magnetometer, and a proximity sensor. Here is a fingerprint sensor on the screen. The smartphone has launched with a 4,5000mAh of a battery pack that supports 65W of SuperDart fast charging.

On the other side, the Master Edition will run on Android 11 that features a 6.43-inch of Full HD Super AMOLED display with an aspect ratio of 20:9 and a 120Hz of refresh rate. Along with this, the smartphone is powered with Qualcomm Snapdragon 778G SoC that is paired with up to 8GB of RAM. Also, the customers can expand the RAM up to 5GB.

The smartphone will have a 64-megapixel of primary camera, an 8-megapixel of ultra-wide shooter, and a 2-megapixel camera. For selfie lovers, there is a 32-megapixel of camera with an f/2.45 lens. With all of this, the smartphone has 256Gb of storage. The connectivity option is the same as Realme GT. The model has a 4,300mAh battery pack that supports 65W of fast charging.

As per the information, the price of the model has been set at Rs. 37,999 for the 8GB+128GB of storage model and the other variant of 12GB+256GB storage comes at Rs. 41,999. The smartphone has a Dashing Blue and Dashing Silver shaded and also has Racing Yellow Colors option leather finishing.

Also, the sale for the smartphone will start from August 25 on E-Commerce sites including Flipkart, and Realme.com. Stay tuned for more updates.