The most popular couple of B-Town, Disha Parmar and Rahul Vaidya is living a long-distance relationship as Rahul Vaidya has left for Cape Town, South Africa for Khatron Ke Khiladi. Rahul has started posted pictures on Instagram by showing the view of CapeTown where he is shooting with other contestants for Khatron Ke Khiladi. He has also shared a picture where he talked about the stunts he has recently performed. Although the couple is far away from each other, they never failed to impress their fans. Rahul added his girlfriend to the live session when he was live on his Instagram account. The couple has also invited their friends Jasmin Bhasin and Aly Goni to join the live video session. 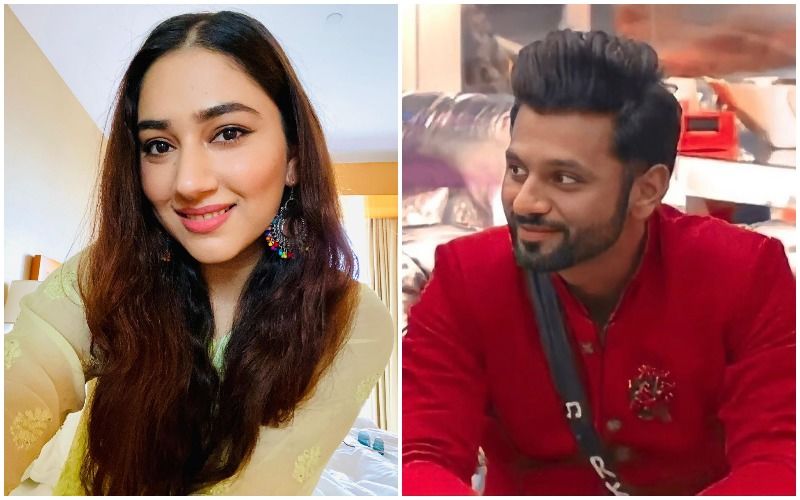 The duo was the co-contestants of Rahul in Bigg Boss Season 14. Aly Goni and Jasmin Bhasin have also participated in the Khatro Ke Khiladi season 9. Rahul started the live session from the view of his room in Cape Town and talked about his upcoming stunts in the show. Fans are already excited to see him performing and also win the trophy. Rahul has requested his fans to watch the show. On the video call, while Aly Goni and Jasmin Bhasin left the session, Disha asked Rahul to sing a song for her. Usually, Rahul won the heart of the audience by singing a track, “Tera Intezaar” which made Disha emotional.

Then Rahul console her and said “Sbke pas personal lyrics hote hain, tumhare pas to personal singer hai” and that made Disha smile again. Disha and Rahul disclosed their relationship while she appeared in the Bigg Boss show and Rahul purposed her on National Television. The couple was dating for two years and finally decide to tie the knot. In an interview, Rahul confirmed that they will get married soon. Currently, he is concentrating on Kahtron Ke Khiladi and shooting in Cape Town.

Rahul Vaidya is well known for his debut single “Tera Intezaar” which is composed by Sajid-Wajid. He has also participated in Indian Idol Season 1 where he ended on third in the season. He has also sung a duet with Shreya Ghoshal in sing “Hello Madam, I am your Adam” and ” God Promise Dil Dola” for the movie “Shaadi No.1”. Rahul also presented the show “Jhoom India” which aired on Sahara TV and sung in the film Jigyasa, Hot Honey, and Krazzy 4. To know more about this article stay connected to us.