The stunning South movies actor Prabhas set with his new exciting & romantic love story movie on his birthday. He decided to give a small gift to his audience on his 41 Birthday on 23rd October. Recently Prabhas appears in news with ‘Adipurush’ and his untitled Sci-fi thriller with NagAshwin are yet to go on floors, But anyway he prepared an amazing surprise on his birthday. Let’s discover all the significant details. 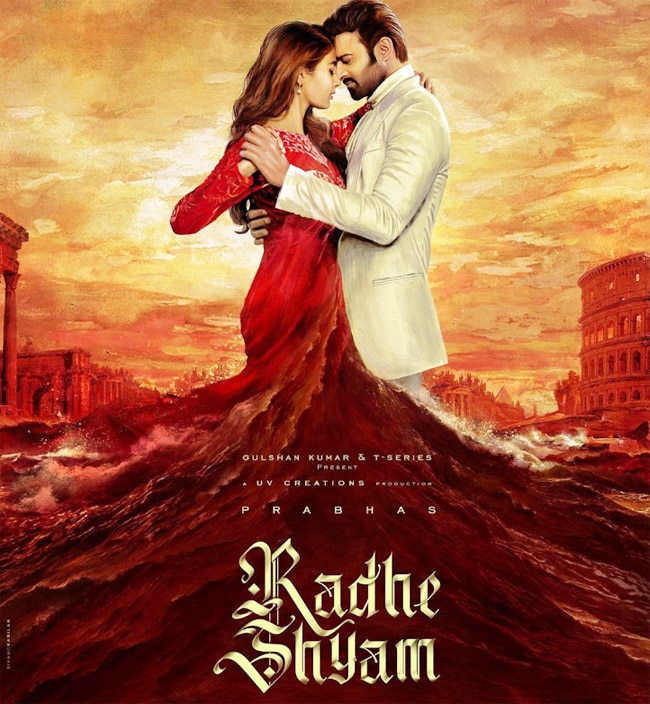 This movie is directed by Radhe Krishna Kumar and Produced by UV creations & Tseries. apart from this, we want to inform you that Prabhas released the motion poster of this upcoming movie. He shared his feelings and given information on his Instagram. Fans waiting for this movie because it will be going to release Beats of this film on 23rd October 2020.

In the Poster, you will see a train with lots of smoke who create suspense in your mind. It seems to be a more historical story when you observe the look of this train because it absolutely represents the 19th century.

Radhey Shyam is a romantic 1920’s story that took you back in history and entertains you with unexpected love essence. as per the information, a wrenching love story showcased the lead pair in a Barbie Doll dance pose.

If we talk about the shooting. Seventy percent of the movie is completely done but due to COVID-pandemic, it was halted for a period of time. The remaining shoot is ongoing until 31 October 2020. They both currently in Italy and Upon returning from a European country, They will immediately go to the Annapurna set to resume the remaining shoot.

In this Upcoming movie, you will see Prabhas in a different romantic role in 1920’s Paris love story with actress Pooja Hegde. Pooja hedge shared a picture of the shoot where she appeared in a Green forest floral dress with a printed floral jacket and a headscarf. While she is seen traveling on the train, Prabhas was spotted in the same picture sitting just opposite her.

After releasing this official poster of this movie the tweet of Actor Prabhas getting viral and currently it has more than 6.3 million tweets. Which is enough to see the popularity and excitement of fans about this film.