The most anticipating and much-awaited movie named Radhe Shyam is all set to entertain all the people across the country. The makers of the movie are recently released a new poster on the occasion of MahaShivratri. The movie containing such a huge fanbase across the country because it features some of the most prominent and brilliant personalities. The director of the movie is Radha Krishna Kumar. Many people wanting to know more details about the movie because it will be very interesting and entertaining. The genre of the movie is a romantic drama in which the story totally gives you the proper piece of the amusement. 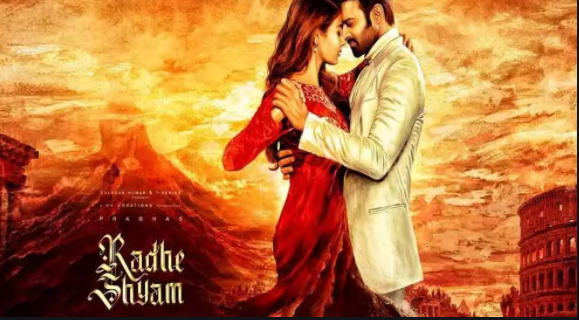 The star members of the movie who appearing in the lead roles are Prabhas and Pooja Hegde. Everyone knows that they both are very popular and famous personalities who worked in many super hit movies. The fan following of them is extremely high and all the people again waiting to watch the performance of them together. The makers released the new poster of Radhe Shyam on the most auspicious occasion of MahaShivratri. If we talk about the poster then it is very beautiful and attractive. The design of the poster is superb and giving a very genuine vibe to all the viewers who love it.

In the poster, the lead personalities Prabhas and Pooja Hegde of the movie are seen lying on the ice floor. The new poster of the movie hit the internet and create a new sensation, which has been released as an honor for the epic love story of Shiva and Parvati. The makers also revealed the release date of the movie which is 30th July 2021. The film is set in Rome and is shot in racy locations in Italy and Rome. Recently, on Valentine’s Day, the makers released a motion poster of the film, which showed a glimpse of the film.

Now, the makers are very excited to release the movie in the theatres. A very huge number of people waiting for the movie because they want to watch the performance, story, and cinematography of the movie. The total budget of Radhe Shyam is lies between Rs. 250 Crores to Rs. 350 Crores. So, it is a very big amount to make a blockbuster movie with the most prominent and perfect personality. Radhe Shyam will be taking its grand release on 30th July 2021 in Cinemas. We will also update here all the information related to the topic.

Sustainability as Key to Innovations in Farming and Energy