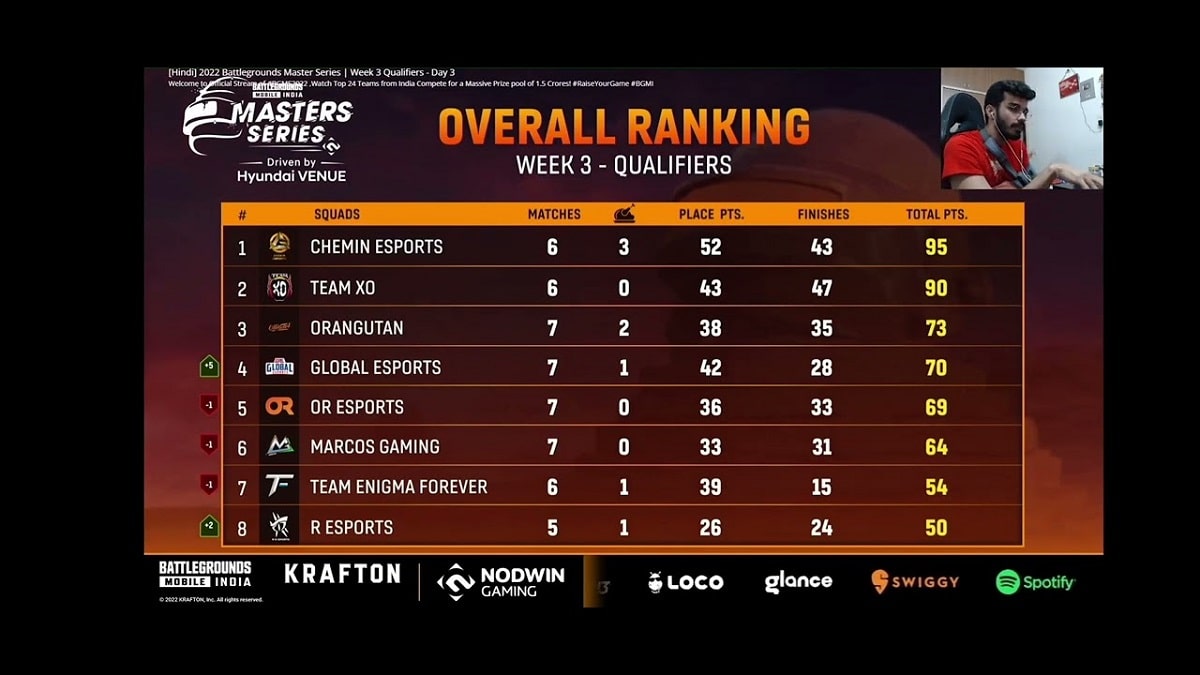 There were a lot of famous and known teams that failed to cross the Weekly Qualifiers level of the BGMI Masters series. However, the Nigma Galaxy team, the FS Esports have won the Weekly Finals amazingly. The Weekly Finals gave a lot of changes to the BGMI Masters series as teams that were not performing better in the starting, secured their selection for the top 16. The team of Nigma Galaxy finished reaching the 11th spot, and the GodLike Esports secured the first chicken dinner at the end of the Weekly Qualifiers by defeating Enigma Gaming in a 2v2 fight. The winner of the match was announced to the Blind Esports.

BGMI Masters series is a tournament that was started by Nodwin Gaming with the collaboration of Star Sports. The tournament is also sponsored by Spotify, Hyundai, LOCO, Glance, Swiggy, Wings, Stan, Planet Superheroes, and Gillette. The tournament is played on the platform of BGMI through offline mode.

BGMI Masters series has a prize pool of 15,000,000 INR, this series was started on the 24th of June in 2022, and the series will be ending on the 17th of July, 2022. There are a total of 24 teams that are playing in the tournament of the BGMI Masters series. BGMI Masters series is being hosted by Ravin on the stage, and Varun John is the desk host, he is also known as SuperJonny.

There are two hosts of the BGMI Masters series Neeraj Sangle and Lakshya Singh, who present themselves as Nekrou and Bloter. There are two stages of the game; stage one is the League Stage and Grand Finals, and now the first stage of the series League Stage is about to end by 10th July.