Poco has made an announcement about their upcoming hander POCO F3 GT and launched in a couple of months. The event will be held online and the live telecast will be available on YouTube. The announcement was made by the company CEO in June. They said that this will be a budget handset and the company will start the manufacturing the next month. The specifications will be slightly changed. The smartphone market was resumed its launches in India after the COVID-19 pandemic. This handset will be Poco’s second F series phone since Poco F1 which was 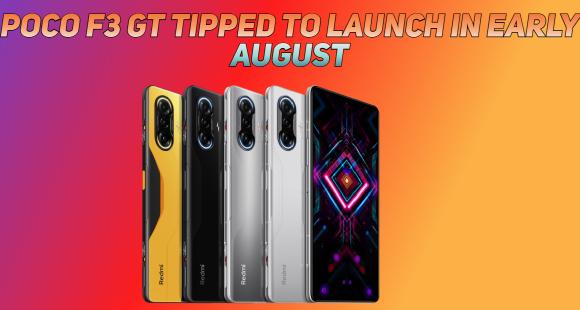 launched in 2018. This is the sub-brand of Poco who has made its debut in 2018. Then Poco has announced the Poco F3 GT will be launched in July. The reports said that there is no chance that the launch would happen before July. POCO is planning to launch the Poco F3 GT within the first ten days of August. Poco is yet to make an announcement on the exact release date, but if we believe in reports then the team is less than a month away from the Poco F3 GT India launch. This also means that the company will start the pan India promotions of devices soon.

Poco F3 GT is a rebrand of the Redmi K40 Game Enhanced Edition. The Poco handset has similar specifications as the Redmi K40. The phone will launch with a 6.67-inch OLED display with a 120Hz refresh rate and 480Hz touch sampling rate. There will be a punch-hole cutout for taking selfies. The Poco F3 GT is expected to be powered with the MediaTek Dimensity 1200 SoC coupled with up to 12GB RAM and 256GB storage which is expandable by a microSD card. This is going to be the Poco’s second smartphone with a MediaTek chipset. Earlier it has launched the Poco M3 pro 5G with Dimensity 700 SoC.