In the last episode, you have seen that Archit who reaches his home along with Maan. Then he goes inside to check up on Navya. Later she tells Praniti about Navya that she is fine. Praniti smiles and takes a sigh of relief. Praniti asks for forgiveness because she is not coming to his house and she says that she will come some other day. As you have seen in the last episode that how good it is to have a family. Reyansh & Jugnu’s bond is getting stronger as the days are going and she feels good to see that. Archit smiles and tells that she is looking happy after a while. 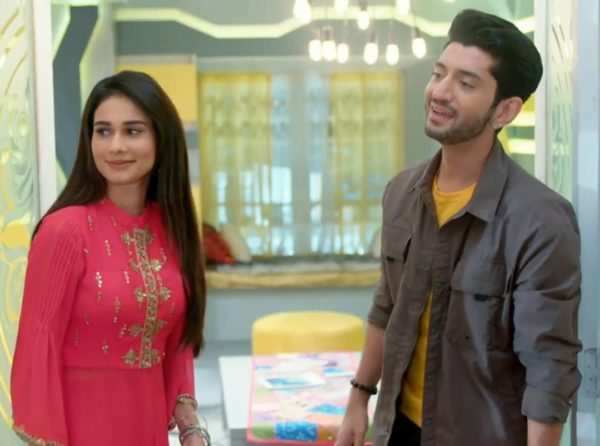 There Reyansh is dressing up Jugnu for school while Praniti continues to tell Archit that she is extremely happy for Reyansh and Jugnu and then they both gets excited when she tells him that how Reyansh picked up her in his arms with so much love and the moment becomes more romantic with slow and cold air, and the way Jugnu holds her finger that is fascinating too and she starts smiling.

Praniti shows Archit that how cute both are looking together. They all sit in the car and Reyansh Intentionally drives the car in Archit’s direction and making the following jump scaredly. Reyansh tells him to relax as he did not want to kill him. Archit asks Praniti to stop giving up on Jugnu too soon. Praniti gets shocked and tells him when did she even do that. Praniti smiles and tells him that at the end of the day all it matter is seeing Jugnu’s smile and happiness on his face.

All she wants is Jugnu’s smile. In the next scene, Praniti goes to plug the laptop’s charger inside the socket when Reyansh says her hello. Later her Dupatta gets stuck somewhere which results in a short scene of eye-locking between these two. Reyansh asks her about Archit on which she replies that he is her a good friend who listens to her problems and tries to find out the solutions and who is also there to support her. later you will watch Reyansh Punching the Punching bag having full anger in his eyes. and the episode ends stay tuned for further updates…