In Colors TV popular show Pavitra Bhagya 25th July 2020 written update, Reyansh tries to console crying Pranati. She says with tears in her eyes that Archit isn’t there with them. Jugnu wakes up during Pranati and Reyansh’s conversation. Pranati sits beside Jugnu and tells her that she will not scold her again. Reyansh tells Jugnu what had happened to her in such a dramatic way that brings a fuller smile on her face. Pranati looks at happy faces of Reyansh and her daughter, Jugnu. She gets lost in her inner thoughts thinking she doesn’t want any sympathy or love and that she only wants to live with the apple of her eyes, her daughter.

In the latest episode of Pavitra Bhagya 25 July 2020, She thinks that her past had come in front of her when Reyansh gave her a hug but then he named it sympathy. But the three are family currently, who are there for each other. The mystery woman, who is following and keeping an eye on Jugnu and Reyansh walks in while Pranati, Reyansh and Jugnu are sleeping. Jugnu wakes up and notices the mystery woman asking her to come to her by body gestures. Jugnu gets scared thinking the lady is a ghost, she shouts so loudly that wakes up Pranati and Reyansh. 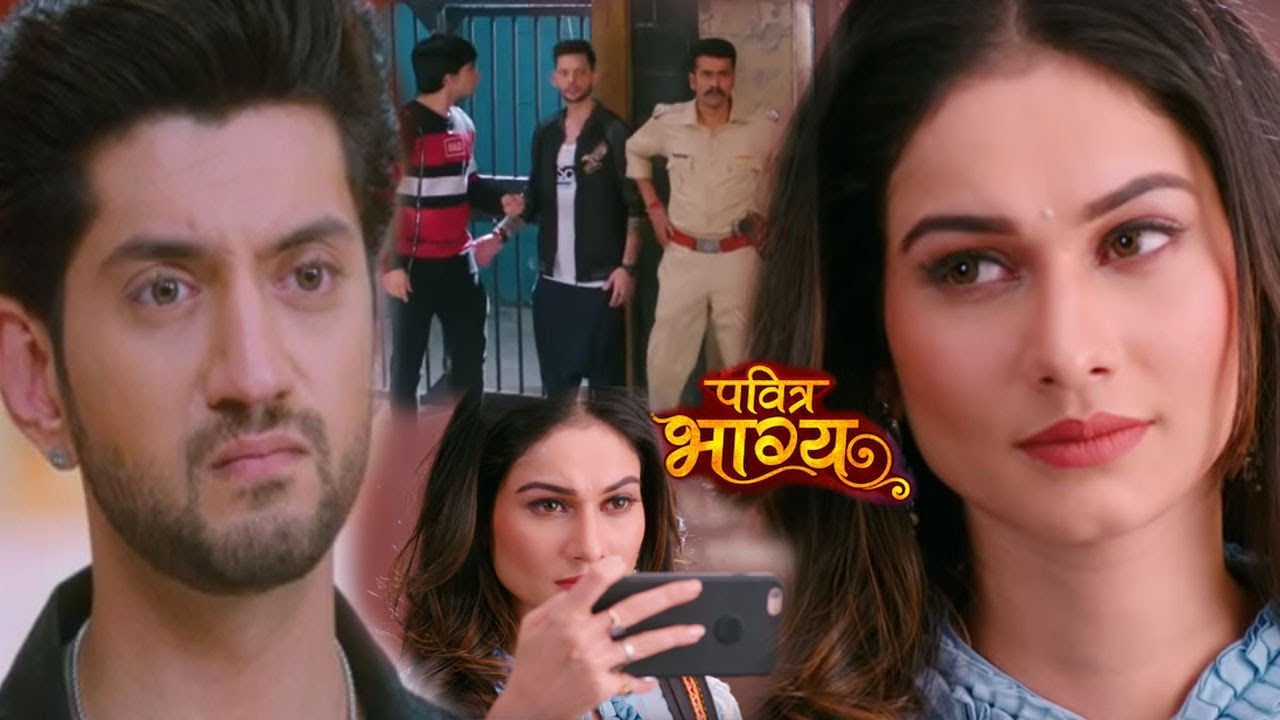 They ask Jugnu what’s the matter. She tells them that someone was sneaking inside the room. Reyansh gets up and check outside if someone was there. He sees the mystery woman leaving the ward and he starts following her. He pulls her stole but fails to catch her as she gets into the lift. He even goes downstairs to catch the lady but she manages to escape from there. Reyansh thinks about the mystery woman. Who is this mystery woman in Colors TV show Pavitra Bhagya? Why she ran away from the ward?

In Pavitra Bhagya 25th July 2020 episode, Armaan pretends to be so nice to Navya. He tells her that it wasn’t her fault and that he has confessed everything in the police station. Navya asks him where is her brother. He tells her that her brother is sleeping. Armaan hugs Navya and ask her to stay in his contact.

Jugnu tells Kesar and the house helpers about the mystery woman. Pranati doesn’t like it and tells Jugnu to not tell such stories as they don’t know about that woman. She asks Reyansh to put some sense into Jugnu’s mind but the two end up with an argument. Reyansh tells Jugnu that it’s her bedtime now and asks her to sleep. She nods her head like a good girl. She quickly goes to her bed and pretends to sleep. Elsewhere, Pranati is worried thinking about the mystery woman and her intentions. For more Pavitra Bhagya written updates stay tuned with us