Today’s episode of Pavitra Bhagya starts with Pranati gets ill and the medicine which is advised by Vardhan is giving to her by the doctor. Jugnu comes and stops the doctor who is giving the medicine to her mom, and tells him that her mom doesn’t need any check-up, go away from there. The doctor goes and Jugnu and Pranati share some precious moments with each other. After that Dadi comes to the room to know about who stopped the doctor from checking, she sees that Pranati is sleeping. Jugnu tells her that her mother is fine and she doesn’t need any kind of check-up. Dadi tells her that she is in the pressure to check her fully with the doctor. 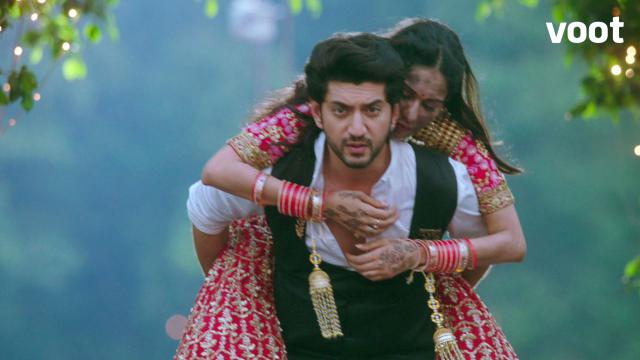 Pranati agrees with her and the doctor starts checking her and tells that he is going to give an injection to her for the protection while Jugnu gets unsettled and worried about the injection and she starts doing prank to stop him. She makes a trick and the injection gets into the doctor back and he suddenly collapses, Pranati sees this and thanks Jugnu to save her. In the next scene, Reeyansh inquiry about the Vradhaan meeting but the receptionist says to him that there is no meeting of him. Reeyansh checks the CCTV footage of Ganpati Visrajan which was held in the house. He checks the whole footage but didn’t find any clue and thinks that may be Pranti is misleading.

Pranati tells Vardhan that how she got sleeping pills from the doctor and ask him why he is troubling her life. Vardhan laughs on her and tells her about his power in Delhi and tells her that if he kills her then nobody in the whole country knows about it. Pranati decides that she will expose him in front of the world. Suddenly, Reeyansh comes and tells that he gets the truth about them and grab the collar and tries to confront the truth. Vardhan tries to do acting but Reeyansh tells him that he knows everything about him. Reeyansh talks about the doctor’s incident with Pranati.

Vardhan compliments Pranati for her beauty and taunts her to engage both boys with her Charm. Vardhan again insults her and tells her to stop act like a Sati Savitri and points her on the character. Reyaansh gets angry with him and tells him to have at least little shame. Vardhan doesn’t stop and continued the insult fo Pranati in front of him and at last, Vardhan pushes Pranati in front of him and by which Reeyansh gives a punch on his face. Episode Ends.