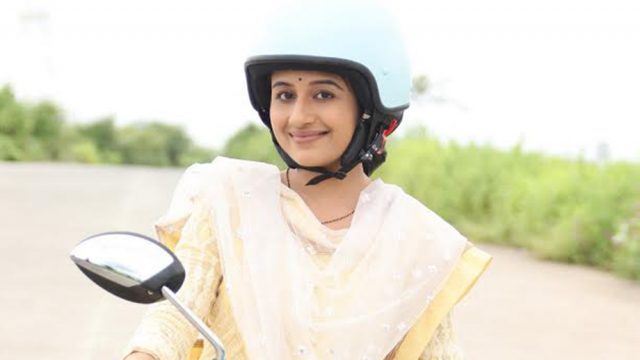 In the previous episode of Sony TV famous serial Patiala Babes, we have seen that Babita was tensed as the famous food corner of Patiala got shut down, while Mini had asked Hanuman Singh to know about the food corner that deals in Dosa. Mini received a call from Hanuman, asking her to come out from her house with her mom, Babita. Babita and Mini got surprised to see their favourite food stall in front of their home. Babita and Mini thanked Hanuman for the lovely surprise, while Hanuman was receiving positive vibes by seeing Babita enjoying Dosa. Mini told Hanuman that her mother loves Dosa.

On the other hand, Mr Garewal visited Mr Khatri to taste ice-cream samples, where Mr Khatri tried to bribe Mr Garewal to get a contract from him. Hanuman Singh is one of our favourite character from Sony TV show Patiala Babes, who isn’t shy when it comes to showing affection for the one he loves, Babita. Hanuman sweetly helped Babita in washing her hands and also offered his handkerchief to her. Mr Garewal gave happy news to Babita and her family telling her that she will now provide food for their corporate office as well. He said that everyone is so impressed with the food and the personalised packaging.

A post shared by Sony Entertainment Television (@sonytvofficial) on Jun 6, 2019 at 5:18am PDT

Mr Garewal told Babita that Patiala Baby tired to bribe him, but he rejected their proposal. Hanuman appreciated Mr Garewal for being honest and to say no to the bribe. Mr Khatri asked Ashok if he intentionally lost the catering contract as Babita is his ex-wife. Babita and Mini got super happy to receive the contract from Mr Garewal. Babita received a good response on her video uploaded by Mini. Tonight’s episode of Sony TV show Patiala Babes is going to be super exciting. Don’t miss Patiala Babes 7th June 2019 episode, watch it on Sony TV at 9 PM. You can also enjoy the show on Sony LIV app.