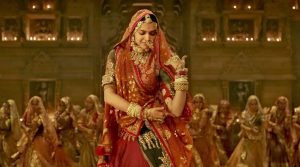 Padmaavat formerly known as Padmavati was scheduled to be released on 1 Dec but unfortunately faced many controversies and opposed by many social activists on behalf of allegations such as they had not respected the Rani Padmavati and played with the history of Mewar and showing wrong perceptions. Sanjay Leela Bhansali fought a lot and took this case to the supreme court. After reviewing the movie, the Court ordered to cut specific scenes from the movie and to re-shoot some parts of Padmaavat movie. He did every editing and showed the movie to activists but still, they are outraged and they are warning cineplexes if they will show the movie then they will burn the theatres and people are scared because of them and are not going to watch the movie and affecting the total box office collection of the movie. Mainly Uttar Pradesh, Rajasthan, Haryana are in worst conditions.

Metropolitan cities are not suffering from any problem, in fact, south India states are giving good response and appreciating works of everyone in the movie. Times Of India gave it 4 stars and IMDb ratings are 7 out of 10. The movie is really fantastic and justify the history of Rajasthan and does not disrespect anybody. Deepika Padukone is seen as Rani Padmavati and looking so gorgeous, she has shown her best performance till now. Ranveer Singh as Alauddin Khilji owns the character. Personally, i like Ranveer Singh a lot in this movie as every emotion is clearly relatable to the antagonist of the movie. We cannot imagine any other actor taking his place and doing better than what he did as Alauddin.

The budget of the movie is 200 crores and it needs to collect more than that and to remain on the side of profit. The movie released on 24 January. 4 crores have been collected by paid previews.

opening day box office collection was weak as expected due to bad conditions in northern states.

on Friday increase in box office collection was seen as it was the holiday and people went to enjoy the movie.

It is clear that movie has taken its good pace and enjoying the full benefit of good word of mouth. movie entered 100 crore club in just 5 days which it truly deserves. Worldwide collection of Padmaavat is also running well as Total Box Office Collection is A$ 1,363,791. Now we will see what is going to happen next.