The Ministry of Railways on Saturday has clarified all the news that it has not released any plans to operate passenger trains from April 15 and a decision will be taken later. The railway said through a tweet that there were reports in the media that the Railways had started preparations to resume all its services from April 15 after postponing passenger trains for 21 days because of lockdown for Coronavirus.

The tweet stated that,
“Railways would take best possible decisions and in the interest of all stakeholders including the prospective passengers,”

Even before the announcement of the lockdown, the Indian Railways had suspended all passenger mail express trains to contain the spread of the novel Coronavirus. Only for the transport of essential goods to different parts of the country parcel cargo trains were working. 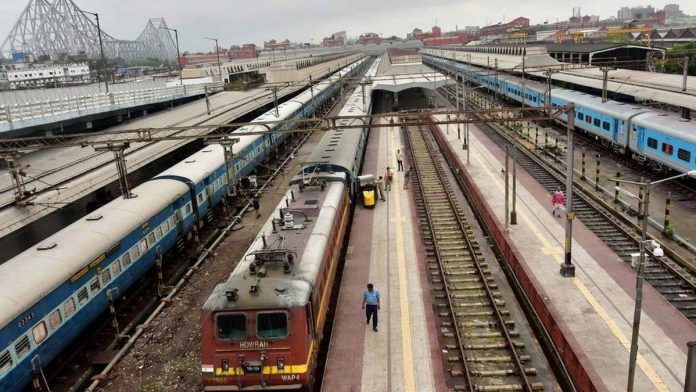 There were numerous reports coming out about the Indian Railways to resume its passenger trains services from April 15 after the lockdown ends. Clearing out the things, the ministry said that it is too early to speculate about the situation of resumption of passenger services at this stage. The railways further stated that there is no such truth in the news, they will inform about the resuming of operations as and when a decision will be made in this regard.

In this time of the Corona crisis, the railway is earning 15 and 30 rupees per ticket from 1.25 lakh people by selling railway tickets. This money has been taken in the name of convenience fee. That too when no decision has been taken on the running of trains since April 15. This ticket is being sold by the Indian Railway Catering and Tourism Corporation (IRCTC) of the Indian Railways, which is a railway undertaking.

And, in the hope of going from one place to another, people are also booking tickets online by paying a convenience fee, if the trains do not run, then they will suffer a loss sitting at home. Whereas, Railways and IRCTC will get the benefit. In the name of this facility fee, the Railways is earning Rs 22 lakhs daily from all over the country which is huge in this time of situation. And, since there has been a steady rise in the number of positive COVID-19 cases every day all over India, it seems unlikely that the state will lift the lockdown in one go.