The latest episode of Nima Denzongpa starts with where Nima is working in the Suman’s house and Tulika hides and tries to approach her but Bakay catches her and says that she is a thief right? Tulika asks him to go away and Suresh comes there and looks at everything. He says her name after seeing her. Bakay takes Suresh and Tulika to Maaji. 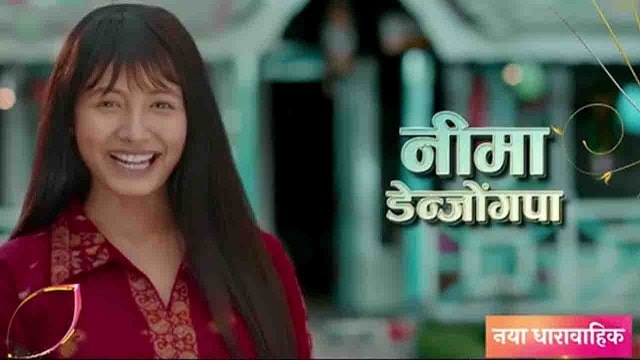 Suresh introduces her as his wife and Tulika says that is why she is spying at our house. Bakay says that she was just looking from a window not spying. Ginesh says to Suresh that since he comes here, you creating issues. Suresh asks to apologize for this and Maaji asks her that what is she doing? Tulika tries to talk but her voice has gone. Suresh says that she need money because she was ill.

On the other side, Mania comes to the office and looks at Ganesh’s picture on the wall, and says that he must be the CEO’s uncle. She will say exactly whatever she says to him. She says to him that she can’t shoot right now.

Later, in the bank, the managers says to everyone that they have annual trip and they all are going to Pune. Sia says that everyone will have to attend? He says yes and it is compulsory. All will have to submit the form in two days.

He goes. Shiv sees Sia and get worried and also asks her what happened? Sia thinks that she doesn’t think that Ayi will allow her to go. She never let her stay overnight anywhere. Shiv says to asks her once. Sia says that he doesn’t know about her mother.

Later, Nima comes to her home back and gets tensed. Sarla asks her that where did she lose? Nima says that she was just busy with work and Sarla says that they will talk today. On the other side, Suresh also comes home and gets angry at Tulika.

Does he say that how can she spy at his working place? He was insulted there and Sunita asks him to get cal down. Suresh asks her why did she do this? Tulika says that she wanted to catch him red-handed and you were not picking up her call but have the handkerchief of another girl.

She wants to see that to whom he was meeting. Suresh says that it has been many years of our marriage but her doubts will never clear. She is going crazy as going old. Tulika says that don’t call her like this.

Sunita asks Suresh to leave everything. Suresh shouts and says that she is getting insulted him everywhere. He added that he doesn’t want to live in this. Tulika gets shocked after hearing this. The Episode Ends