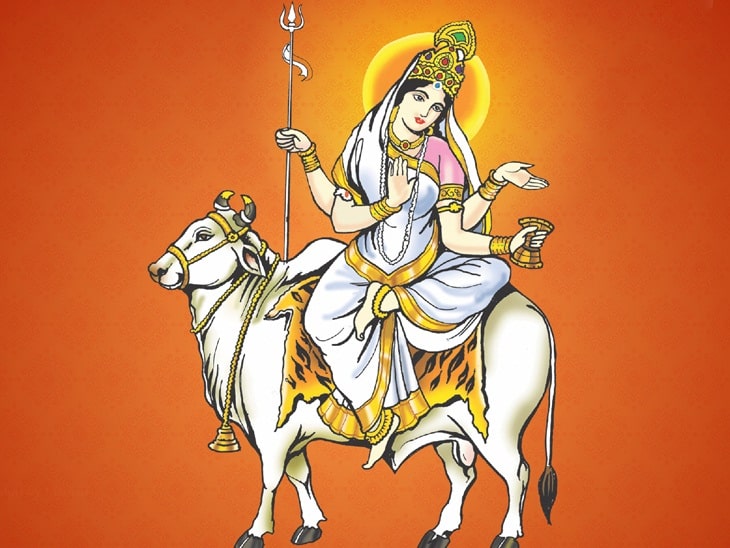 The name Mahagauri means white, Maha = great; Gauri, Gauri = white. The four arms of Mahagauri are usually depicted, their right hand is in fearful posture and the right lower hand is a trident. She holds a tambura in her left upper arm and the lower one as a blessing. She rides a white bull, which is shown wearing white clothes. Wearing blue on the day of Durga Ashtami is considered auspicious. If possible, worship should be started by wearing blue clothes.

The demons Shumbha and Nishumbha were possible only by their destruction by a female child of Parvati. That is why Brahma had advised, following the advice of Brahma Ji, Shiva used his power to blacken Parvati’s skin, giving Parvati the meaning of “Kali”, meaning “black”. However, the word “Kali” also means “death”, So Parvati was teased by many people for this black color, So Parvati was agitated by this irritation and did severe austerities to Brahma so that she could get her proper color back. She was successful in her penance and Brahma advised her to bathe in the Mansarovar River in the Himalayas. As she took a bath, her dark skin parted from her and took the form of a woman, born of Parvati’s skin. As a result of stripping her black skin, Parvati regained her fair complexion and hence earned the title “Mahagauri“. Just then she is known as Maa Mahagauri.

Just as we begin the worship on every day of Navratri, in the same way that worship begins on this day, many houses are specially worshiped in the form of Durga Ashtami. In various houses, the goddess is worshiped as young girls, and the younger girls are worshiped as Kanjakas, aso known as Kanjlakas. People welcome nine young girls (who have not yet attained puberty) to their homes. Then all these girls sit in a row and a sacred structure is tied on their wrists. Then their feet are washed and tilak is applied on their foreheads. After that the prasad, which is specially cooked for them, is offered, which consists of puri, pudding and black gram. The girls are worshiped as the young avatar of Mahagauri. After all this, alms are also given to beggars and blessings are taken by touching their feet so that the blessings of the Maa will always be on them. 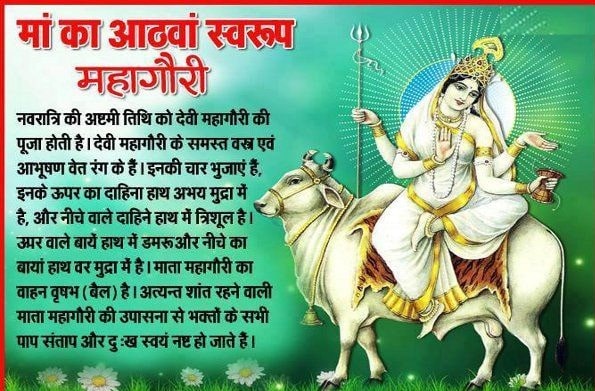 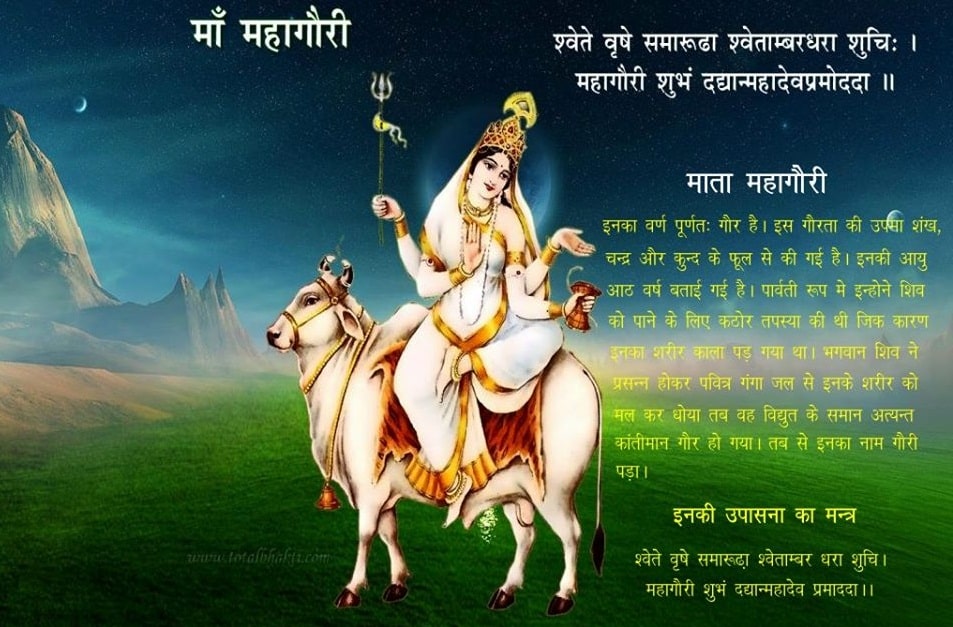 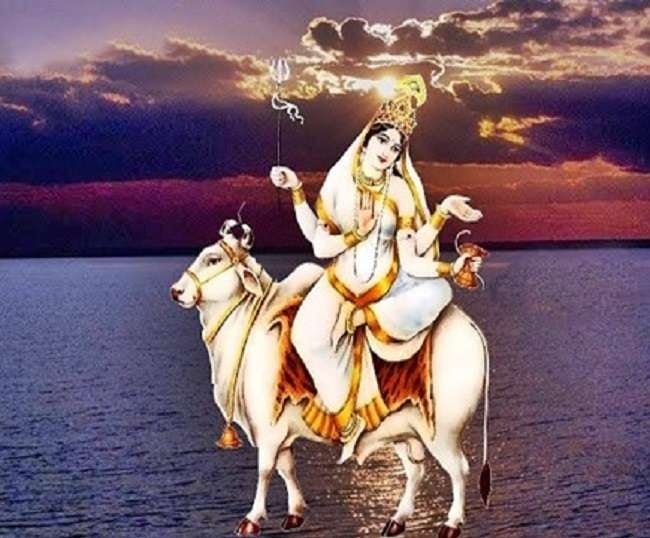 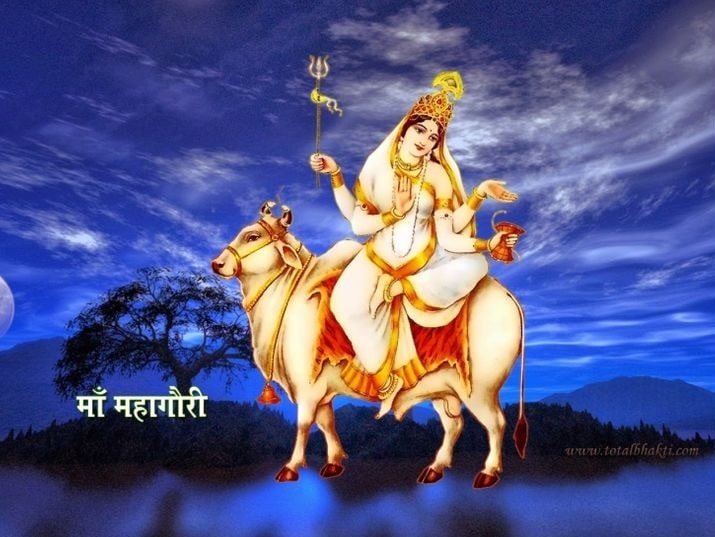