The latest episode of Naagin 6 begins with Mehak whose manager has been dead. Pratha comes but she didn’t find anyone there. Professor tells to Mehak that he did not kill Asur but he punished the man for wrong work. Urvashi and Mantri is talking about this matter and how they gave permission to all the villains to attack and plan this pandemic in India and was helping them regularly. 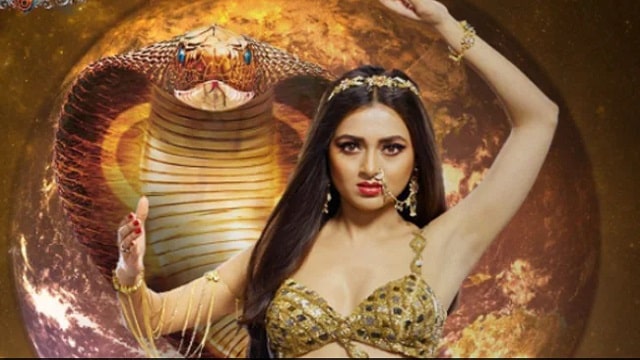 He was the first Asur whom Mehak was searching for. On the other side, Pratha leaves the place and waits for the taxi outside. Ritesh tells Rishab how Riya directly fired Pratha from her job and asks for help.

Rishab requests to Riya about this and informs to Pratha same. Mehak comes with his baby snakes and spreads them everywhere by telling that who every doesn’t get bitten will be their target. After seeing many snakes, everyone starts shouting and Seema asks for help from Mehak.

She tells everyone that this is an open area and it could come from outside the window and spray liquid on snakes. Later, Ritesh tells Rishab that he has lost his ring and Rishab offers him his one and the couple gets engaged.

Mantri goes to the upperside and hugs Urvashi. Urvashi pampers him and removes his fake leg as she was confusing Mantri. When he asks about her behavior, she turns into her real Naagin and tries to attack over him stating how he was not attacked by the baby snakes but his real wife saved him from this attack. Mehak thinks that she knows him and will kill him soon.

Rishab talks to his friends about the missing piece of the letter and also about the girl. Pratha gets orders to work this at the perfect time that too without any mistake in her work. Her MIL asks her to organize the puja but she denies by saying that there is lots of work to do. Pratha takes this responsibility and decides to stay.

She tries to call her father and also Mayank but her phone is dead. Rishabh asks her to whom she wants to make a call but Pratha makes its secret by saying that it is her personal matter. Rishab gives her a power bank and he notices her bag and thinks that what happens if she is the same girl to whom he saw that night.

Neha tells about the business finance to Rishab but he asks her to inform to Seema. Neha tells him that Seema just loves Riya and Rim as they are DIL and she is the daughter. Rishabh finds that this is not a real matter and asks her to ask Seema about this. The Episode Ends.