Here is the latest written update of Naagin 6. One of the most trending and entertaining serials on ColorsTV has become the most-watched supernatural serial of the viewers. The superhit show of Ekta Kapoor will come with a new twist for all the watchers. Well, there is no doubt that Rishabh Gujral will tie in knot with Pratha in the upcoming episode and there was no confirmation that who will become the bride of Rishabh. Many fans were doubting that either Reem or Pratha will become the bride of Rishabh. 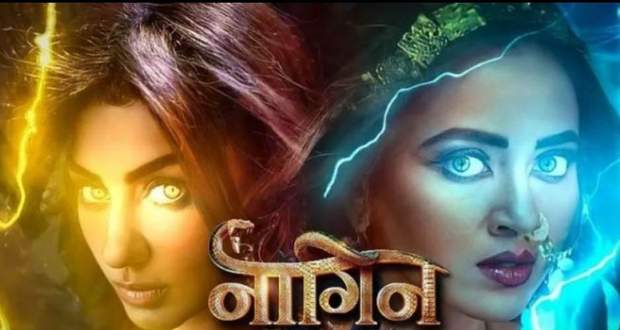 Now, the previous episode has confirmed that Pratha is the luckiest girl who will become the wife of Rishabh but still, there are lots of things to watch in the serial because Pratha is just getting married to Rishabh because of her compulsion. She just wants to take good care of her family including her father and maybe, this marriage is the only way. So, let’s talk about the upcoming episode of the serial where we will get to see some turning and twisting moments. We will get to see in the upcoming episode that Pratha is covering her face in a big veil.

Rishabh yells at her and asks her about the place of her father. Suddenly, his mother comes between them, and as a present and a daughter-in-law of this family, she gives a family precious necklace as a part of the tradition. Suddenly, the father of Pratha arrives at the place at a right time and tells Rishabh’s mother that no one can see the bride’s face before the wedding as per the tradition of the family.

Pratha can be seen in a bridal look and she walks towards Rishabh while holding garlands in her hand. However, she also reminds the sole motive behind this wedding is to only kill the traitors. Along with this, the promo videos have been released that reveals,” This relationship has only a motive to kill the traitors”. After this, Rishabh says that she will destroy in her own trap.

Now, it will be interesting to watch how Pratha will handle every single situation? The step of taking revenge from enemies will save the future of the country or she will become the victim of the enemy’s trap? For those who just started to watch the serial, we like to share with them that this is a supernatural serial and Naagin just came to take revenge on the traitors. It will be interesting to watch this serial tonight.