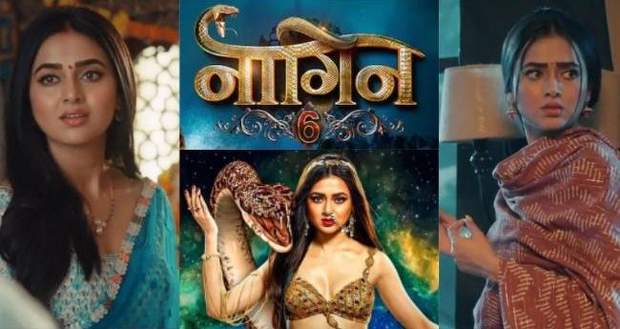 Now, some promo videos of the upcoming episode is circulating on social media and everyone is getting excited to watch it before the episode began. Let us tell you that Naagin 6 has already captured a massive hype in the recent weeks and is now, going to reach the highest TRP. Through this article, we will share the written update of the upcoming episode and the next episode will show that in the mysterious temple, there will be an unexpected hidden truth unveiled and along with this, Pratha and Yash will be also seen getting married to each other.

Well, the unexpected truth will also reveal against Yash, and later, Pratha and Yash will be seen getting married in the mysterious temple which will also leave every shocked but due to the biggest twists, the wedding will remain incomplete. Along with this, the hidden reality of Seema will be seen in front of all. Yes, the latest promo video also shows that unhidden reality. An evil face of Seema will come in front of all where she will plan to destroy the entire country and steal Naagmani of Pratha.

With this, there will be a change in Mehek’s character and the story will be totally changed when Mehek will go against Pratha in the show. Are you excited to watch the next episode? Well, lots of things are still hidden in the show and how will Pratha stop it? If you want to know more about the upcoming episode, stay tuned with us and get all the written updates.