My Hero Academia Season 6 Release Date In English – Everything We Know: You must have seen the trailer of the My Hero Academia which will be the sixth season of the anime. The previous season had ended up at the point where all the new heroes had started training for the big war to come with the liberation front. If you have read the manga of My Hero Academia then you would know that it is going to be a banger and most manga fans can’t even wait for it. The trailer has also created even more hype and anime fans can’t wait for it to finally release. However, we will have to wait a little longer as it is set to release in the month of October. We might get to see some more trailers for the anime in time that we wait for it and are hyped for it. Follow More Updates On UptoBrain.com 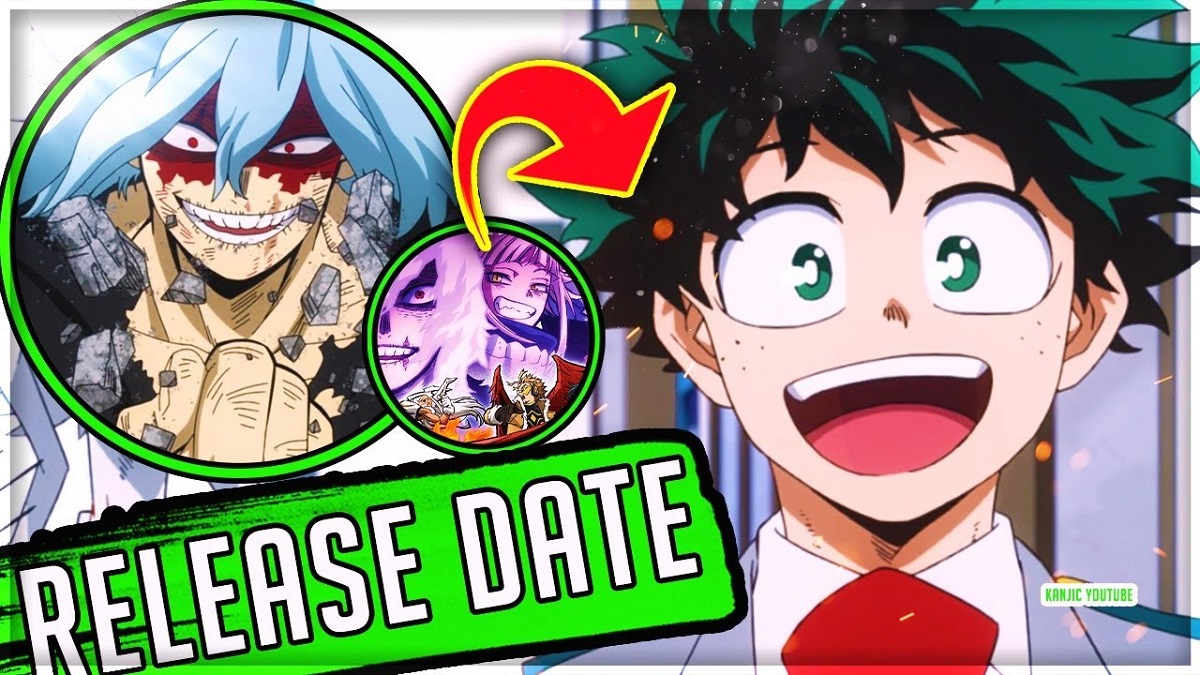 We will get to see the 6th season of the anime very soon but ahead of that, there was a 2-episode special that was released for the fans of the anime. It is surely a marketing strategy and will be creating even more hype for the anime and the fans will be able to recall the thrill that the anime will be bringing along with it.

The 2-episode OVA will be released on Crunchyroll on the 1st of August. The special is going to feature some additional heroes on top of the ones that we have seen already. They are going to be Shishido and Mr. Smiley who are going to have a special appearance in the anime. Shishido is a professional hero based on the theme of lions and Mr. Smiley is a vandal who is capable of scribbling things and has an artistic purpose.

Ahead of the sixth season, it is also going to get a new game besides the mobile game that was released on android and ios devices. There is also another game that was announced and the release date of the game was also given in the trailer. You can check out the trailer to check out the gameplay and have a look at more information.

My Hero Academia started as a manga series that was written and drawn by Kohei Horikoshi its first anime adaptation was announced in the Weekly Shonen Jump in the year 2014 and the anime made its debut in 2016, ever since then it had been on the mainstream anime list and is loved a lot by the anime which is one of the reasons why it was able to stay mainstream for so many years.

Hopefully, the next season will be adapted properly as there is a lot of amazing content that you would enjoy watching. Though, I won’t give spoilers so you can watch and know what the series has in store for the anime fans.