If we talk about the fun reality show then only one name is coming in front which is Murattu Singles. The show is not getting a very huge platform to entertain the audience and also this is the reason many people can’t even know about the show. But, it is airing on Star Vijay which is already very popular for showing very brilliant content to the viewers who want to watch something interesting. The show starts with ten contestants who participate in the show to win the title of the reality show. The reality show will be going to air every Sunday at 1:30 PM. 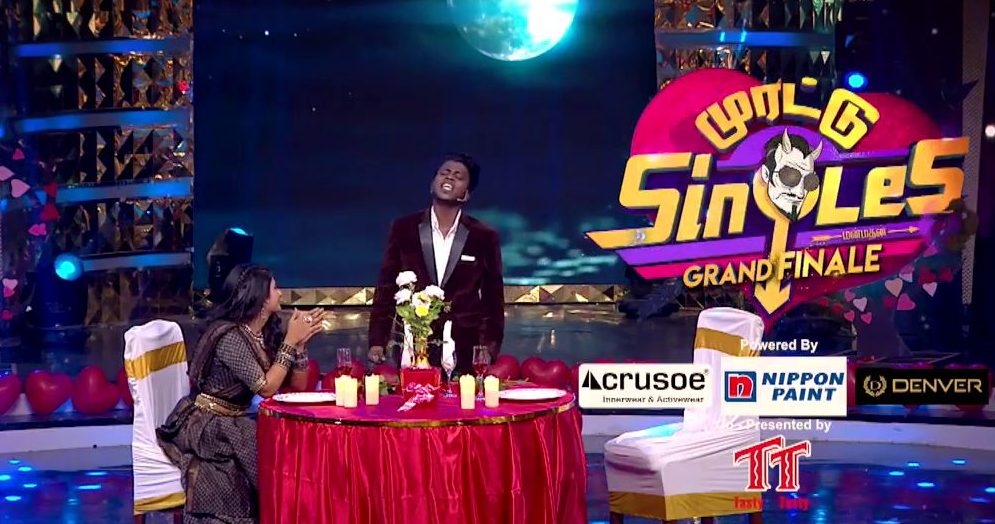 The show will be going to introduce many brilliant episodes that provide you something interest and unique. The contestants of the show have to face IQ, EQ, and LQ challenges which will be going to become tougher in the remaining journey. There are Intelligent quotient, Entertainment quotient & Love quotient standing for the short forms. In the show, all the contestants have to appear with their perfect performance in best love proposals, dance acts, emotional moments and so many other tasks. If we talk about the judging panel then Yashika Anand, Abhirami, Gabriella, Sreenidhi & Jacqueline very well handling the judgement section of the reality show.

Apart from this, to maintain the energy level among viewers and fans the hosts of the show Priyanka Deshpande and Ma Ka Pa Anand always presenting something unique and amusing. So, tonight is the grand finale of the show which will be going to air on Star Vijay. The channel also prepares a very big stage for the biggest event of the year. Murattu Singles Grand Finale will be going to entertain all the people across the country. You just need to stay on the channel to watch the complete episode of the funniest reality show. The name of the winner who wins the title of the reality show is Samvishal who holds the shining and golden trophy of the show.