The popular International streaming platform, Amazon Prime Videos has released the trailer of their new upcoming web series titled Mumbai Diaries 26/11. The thrilling trailer has reminded the events of a fateful night in Mumbai in 2008 when a group of terrorists has crossed the border of the city and breach the silence of the city at night. 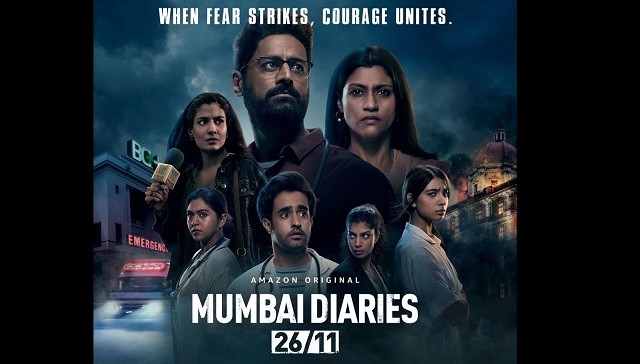 Well, this time, the story of Mumbai Diaries 26/11 shows the event that took place inside the hospital during the pressure of attacks in Mumbai City. The trailer is showing the critical situation that was faced by the doctors in the hospital. The trailer is showing the condition of the doctor who is facing a critical situation because he is treating the victims and as well as the terrorists.

Along with this, the drama unclear the personal stories of the characters in the story whose loved ones and family members are hostages in the hotel during the attack. Also, the story unfolds by the cops, doctors, media reporters, and other people who were present in the line of fire that day.

The series has lots of characters and each character played their role in the story and now, the series will shortly release on Amazon Prime Video. The makers have already announced the date but the watchers will have to wait for the release.

The series has starring Mohit Raina, Konkona Sensharma, Tina Desai, Shreya Dhanwanthary, Satyajeet Dubey, Natasha Bharadwaj, Mrunmayee Deshpande, and Prakash Belawadi. They are playing their role in the series and Mohit Raina will play a lead role as a doctor in the series.

The poster was released on August 18, 2021, on every social media accounts including Instagram, Facebook, and Twitter and since then, the excitement of the fans can be seen on social media. Now, let’s wait for the upcoming web series, and also, fans are waiting for the response of the series. If you want to watch the series on Amazon Prime Video so, you need a subscription package of the app and then, can stream any web series, shows, and movie on Amazon Prime.