Welcome to another Bang on Hit episode of popular MTV Roadies Revolution, This Time Once Again MTV Roadies Comes with Another Big Twist and Turns, In the article, we will give you each Information about MTV Roadies Revolution 26th September 2020 episode, Vote Out, Immunity Updates, Vote Out Survivors, Wildcard Entry Just Read this article till the Ends. 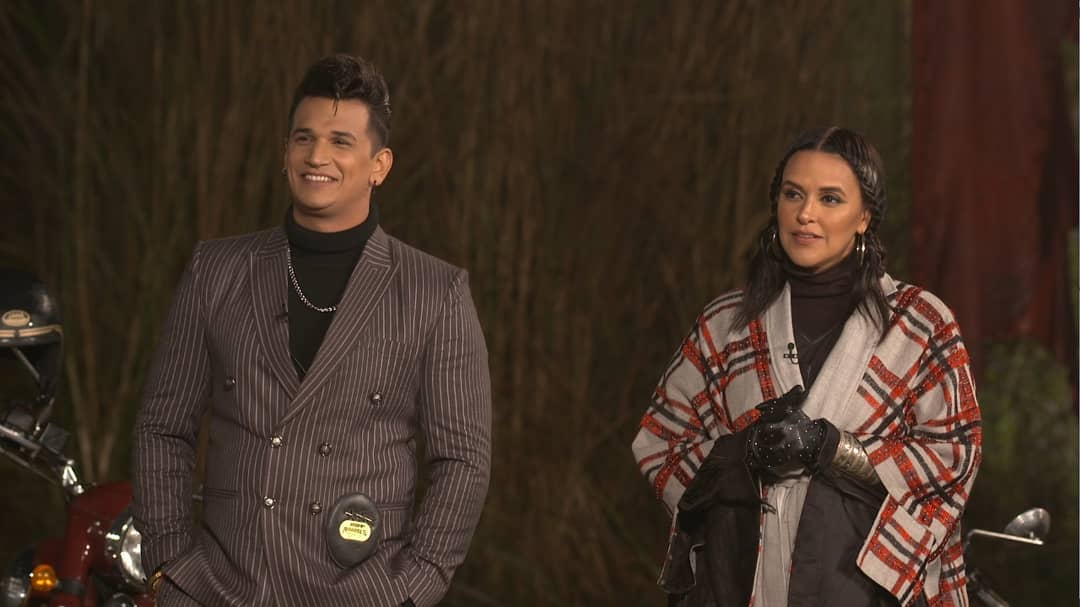 MTV Roadies Revolution is one of the popular show, So It’s obviously The Show Makers are Doing a lot of Hard and You Loving the Show Because of You Find every time New Twist and Turn In the Show, You Might Be Curios About Today Episode Vote Out.

So Don’t worry we tell you about today Vote Out Contantsnts, In the Promo Video Released By  MTV Roadies Social Media Handle Ranvijay Telling Everyone This Time Will to be Double Elimination, It’s Looking Like So Much High Voltage Drama happens in the Show.

In the Last Episode Underdogs Sanjay Nagi, Srishti Sudhera Prove Themselves to Perform Like Strong contestants, They Both Performances were commendable and they Shut rest of the contestants whom they say they can’t perform well, They Both praised By all the Gang Leaders Very Well.

On the Second Day of the ‘Haddipa Games Task,’ There was 3rd Game Task Happens In Which the Gang Leaders have to Choose 2 contestants which they want to perform from his team, So Everyone Choose it to send it to the Task, The Task is so Simple this time They all have to fill the tank with water.

Sanjay Negi and Pratibha Singh From Neha Dhupia Gang Fill the fill the tank with water Firstly with Balance of the Body, all the contestants Sanjay Negi can’t Performe well But he performed well along with Pratibha Singh, The Third Task winner is Neha Dhupia Team and Varun Team become Runner Up.

Let’s Come to the Fourth Game and Last Game Nikhil Team has been eliminated because they didn’t get a chance in the Top 3, Varun Team Become Runner Up then they get a Power, They can choose whom will Performe Firstly.

Varun Choose Neha Team Vs Prince Team Each Girl will Perform Firstly, Neha Sends Pratibha Singh and Prince Narula sends Srishti Sudhera, This time task is Ranvijay says you Both Need to Fight In the Circle but with no hands but it’s Head, Both need to Explode the Balloons with the Help of Head Ponytail.

So Now Time for the Final Round In-between Price Team Vs Varun Team, Prince send Akash and Varun sends Jayant, They Both Performing Very Well Giving Nack to Nack Competitions, Akash was the Winner of the Task In the Ends But Jayant Performance was absolutely commendable.

Prakhar Narayan, Bhawish Madan are selected for the Wildcard Entry rest of the girl’s didn’t grab the opportunity, They Both are Winner of the PI Round and Now Get’s the Chance as a Wildcard contestant, Prakhar Narayan Just comes in the show and Fighting with Sanjay Negi, he says him Sanjay you Looking Like Fake Identity for me, Everyone is just shocked to listen to this.

Prince Narula Team was the Winner of the Haddipa Games Task and his team members win the Immunity. Akash Milan, Srishti Sudhera, Taran, Aman Poddar. Varun Team Become Runner Up Varun Team Win a Power Which Ranvijay Gives to the In Today Vote Out Session, It’s Might be Save 2 contestants Or Other contestants Not Reviles But we will Updates you stay in Touch.

After Completing The Task Successfully, It’s Time to Vot Out, As usual, After the task In the Roadies Vote Out Happens But Time Ranvijay Says There will be Two Contestants will be Vote Out Today, It’s Interesting Prince Team Already In Safe zone Because of They Won the Hadddipa Game Task.

Nikhil Team are in the Danger This Time, Arusha Chawla, Kavin, Michael Ajay, Hamid Barkzi, They are didn’t Perform Well, Most of the Contestants are against the Arusha Chawla and Kavin. Majority Votes will be Vote out Today Kavin and Arusha Chawla.

But there is Good News For You According to the sources This time Vote Out will be Called off Meanes No one will be vote out in today episode Ranvijay is doing double elimination drama only for Makes Hipe In the Show. Don’t Forget to Watch the episode on MTV at 7 PM.