In this blog today’s we are talking about one of the best reality shows on MTV Roadies Revolution. This is one of the popular show in youth. This is the 18th season of the roadies revolution. In this season we will see as judges Rannvijay Singh, Neha Dhupia, Rafaar, Prince Narula, and Nikhil chinppa. 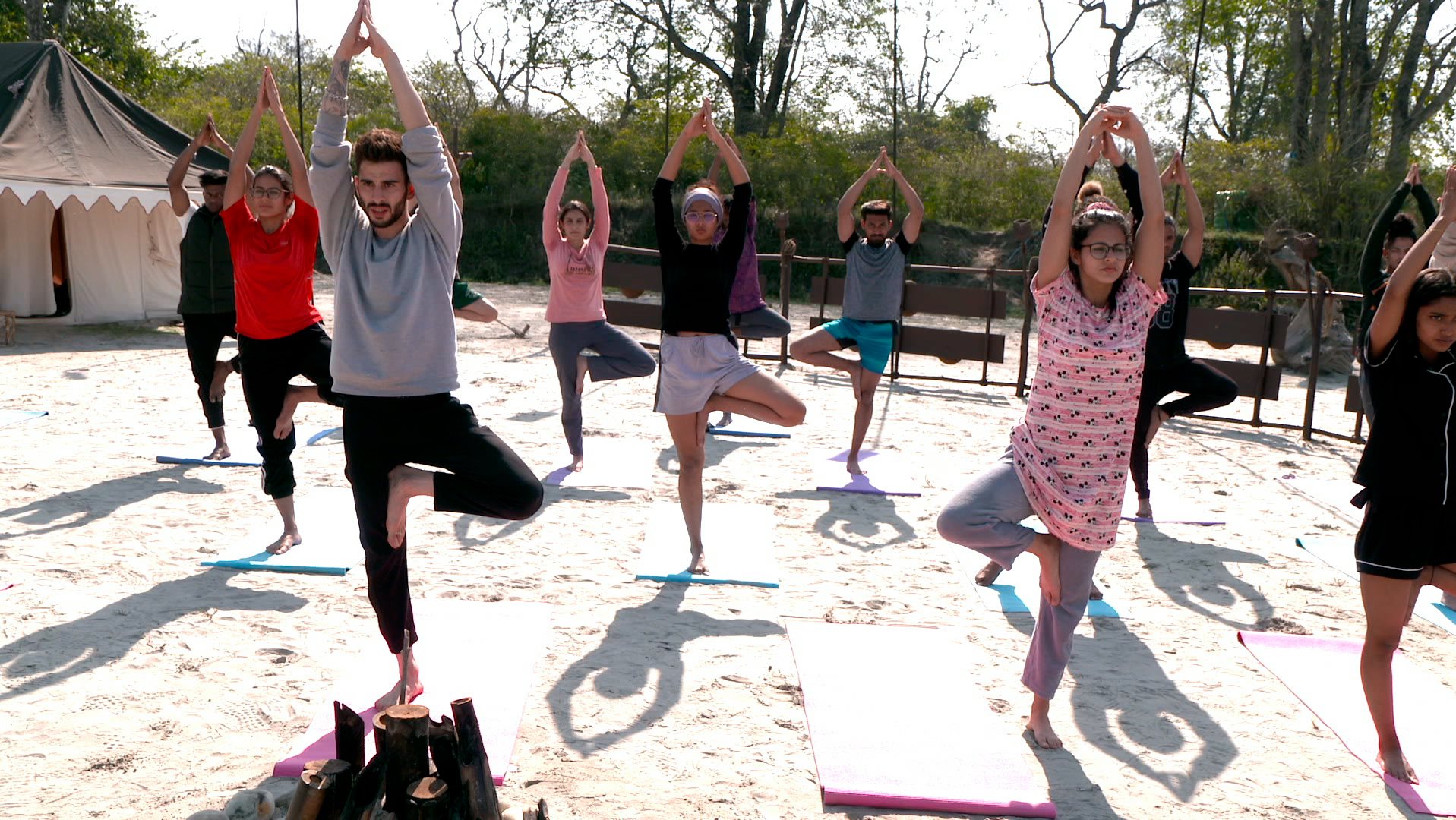 MTV Roadies Revolution has 20 contestants, they all are fighting with each other for survival in the show and give their best in every task. Still, there is no gang and no leader. The show began airing from Feb 15, though, stopped due to COVID-19  and lockdown everything has to be stopped for the safety purpose. Because of the COVID-19, the releasing date of the show will be postponed then the releasing date is 1st August and the show is on air every Saturday at 7 PM on MTV.

In the last episode, we have seen the first vote out of the 18th season in which everyone votes against the Sakib, and he was voted out. Which is quite shocking, he is a good competitor of the show. Then the next day, there is a new task for the contestant the name of the task is ” Yoga Now” in which there are certain things are included Yoga, Rafting, and getting the balls. The winning Aloe fresh juice has the advantage, Nikhil decides the orders for the first phase of the task, so he decided Nikhil, Prince, Raftaar, and Neha. In this task, the leader has to choose their contestant and then go for the rafting and collects the balls in the task. The task was amusing and competitive with team Prince gaining the first spot followed by Raftaar and Nikhil and the team Neha getting the fourth position and they are disqualified.

Today’s episode will start the task of “Yoga Now”. Rannvijay will invite a Yoga instructor, Shobit who will give the instructor and judging the contestant and the leaders doing the yoga poses. Firstly the Nikil team will go in which they have 4 contestants and he has a Nisha who is also a Yoga professional. Nikhil decided to copy the Nisha and get scored.

Then the next team will go and perform the task who is Prince teams along with four contestants. They make different poses but Prince was enabled to do the Yoga poses but he tried a lot and everyone laugh. Michael was a surprise because they good well according to rest of the team members.

The next turn is the Raftaar team they also have 4 contestants. Though none of them performed the entire team make everyone laugh. The last team is Neha in which four contestants. Neha herself do Yoga regularly so she did the task very well and make good poses. Team Neha was good. The Raftaar team’s total score is 0. Team Nikhil’s overall score is 3points they did 2 correct poses of yoga. Team Neha gets 8 points all poses correctly. Team Prince gets 9 points doing all poses correctly. For more interesting and entertaining updates be tuned with up to brain and stay safe!