Are you also a fan of Money Heist? So definitely you are also eagerly waiting for the Money Heist Season 5. Now the name of Money Heist is moving in surround. No doubt, most everyone trying to watch this season 5 on the first day. The massive success of this Netflix series has crossed all the records of many other blockbuster movies and series. 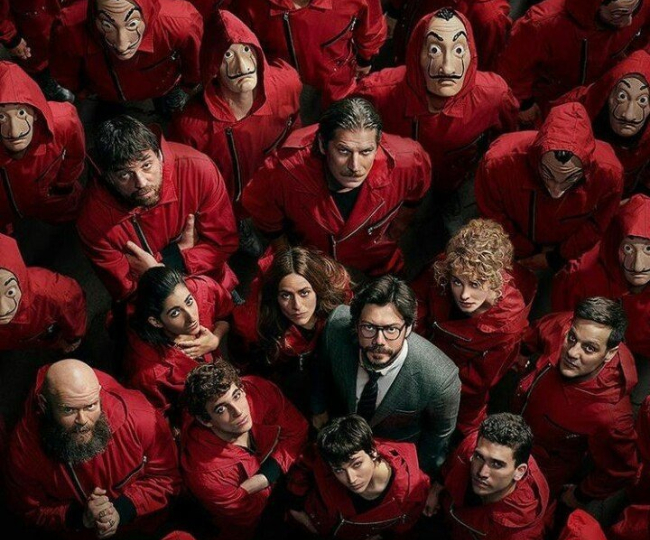 This is a Spanish language series and the second primary language is English. But on the demand of fans it is available in various other languages such as Hindi also.

But the suspense is still remaining because according to the details Money Heist Season 5 is going to release in two parts. The first part is releasing now and the remaining part will be available after three months. Yes, it is unfair to all the die heart fans of the Money Heist Series. But we can’t do anything and just have to wait for more days.

After the huge demand by fans Money Heist creator Alex Pina has said “When we began to write Part 5 in the midst of the pandemic, we felt that we had to change what was expected from the 10-episode season and used every tool we could to create the sensation of a season finale or series finale in the first volume itself,”.

So if we talk about the actual reason behind the extreme popularity of this series. The details are saying that Money Heist is loved by billions of fans around the world because of its continuous suspense, twists and unexpected turns in the story.

The several unexpected turns make this series more special and better than other previous web series. Possibly it is one of most blockbusters by Spanish series production. Money Heist is produced by a production house which is Pina-run Vancouver Media.