The episode starts with Purvi and Sudha comes to meet Manas and Juhi in their room. Manas hugs Purvi excitedly and her mobile falls in the paint bucket. Sudha says how would they be able to contact the blackmailer as all the details were in her phone. Manas feels bad and apologizes to her. Purvi says I will figure out something you don’t worry about it. She says don’t tell anyone that I am in Haveli and I met you. I have something important to do, so I will be back soon after completing it. Sudha says you have very little time to prove your innocence to Virendra. She says she has to find a blackmailer mobile in the Haveli otherwise no one will believe her. Purvi asks Juhi and Manas to play and leave. Manas picks Purvi’s mobile from the bucket and Juhi says we need to do something to revive her mobile. 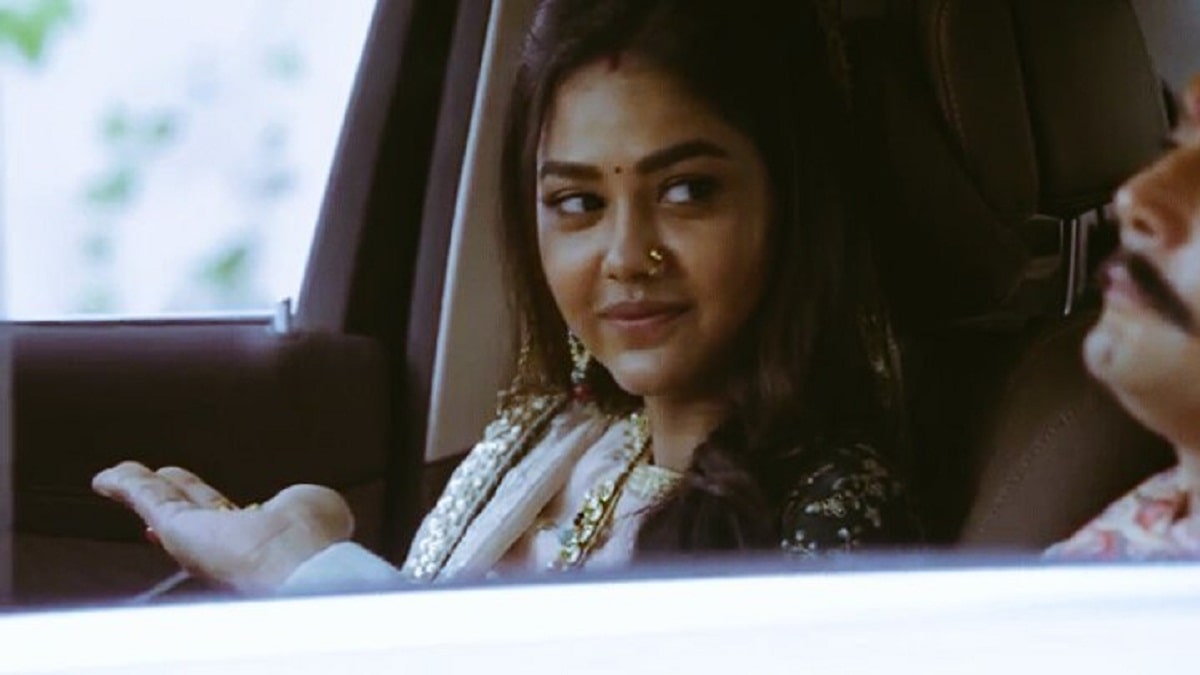 Anjali overhears the Manas and Juhi and see that mobile in his hands. She wonders how could they have this mobile. She recalls how she has sent this mobile to blackmail Purvi. She plans to steal this mobile before Purvi reaches her. Priyu is worried and says Purvi to catch the culprit as they have 15 minutes left. Purvi prays to Kanha Ji and notices some footprints on the floor. She follows footprints that disappeared from the cupboard. She searches above the shelves and finds that mobile. She turns back and sees that Anjali is standing there. She says you tried to be over smart but still I found you.

Purvi confronts her with all her lies. She says you disrespected a woman. Vaibhav raped Priyu and you were recording it rather than stop him from doing this. She also kidnapped her own kids to save Priyu. She added that she will tell all this to Virendra. Anjali apologizes to her and begs her not to tell anything to Virendra as she has done this to give a luxurious life and a good family to her sister. If Purvi will tell everything to Virendra then he will not let her live in his house. Purvi goes to meet Virendra in the corridor but Vaibhav covers her mouth and snatches mobile from her hand. Vaibhav says that Anjali blackmailed him through this video and forced him to marry Jyoti.

Purvi accuses him that how could you do this to a girl and sleep peacefully. He says I don’t get afraid of anyone and tramps the mobile. He says now you are not left with any evidence against me. Now Virendra will not trust you and you will not be able to prove anything without this video. Anjali overhears their conversation and relieved. Vaibhav calls Virendra and says that he found Purvi as she came here with that dance group. For more updates stay connected with us.