The episode starts with Purvi and Virendra are talking about Priyu. Purvi says that you didn’t trust me that’s why all this happened to Priyu. Virendra says that he is the Mukhiya of the village so he can’t make a decision without any proof. He has to listen to both sides then he can take any decision. He says that he brought this case in Panchayat s and now he will get justice to Priyu. He says that the law is equal for everyone and he has believed that Panchayat will do justice to Priyu. Panchayat declared that Vaibhav has raped Priyu. They ask Priyu to punish him. Vaibhav apologizes to Virendra. 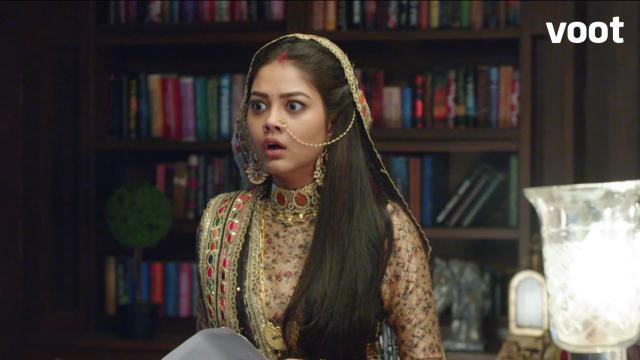 Virendra scolds him and says that you have done this crime and now only Priyu can punish you. Vaibhav apologizes to Priyu and requests Purvi to ask her sister to forgive me. Purvi says that he doesn’t deserve to be excused. Purvi asks Priyu not to forgive him, he has to be punished so no one can dare to do this to any girl. Vaibhav seeks an apology from Prakashi but she slaps him and accuses him of doing this to a girl and feels ashamed of her upbringing. She says that how could you even think that someone can forgive you for this.

If Virendra didn’t bring this case to Panchayat then no one has ever known about your crime. She pushes him and asks him not to show his face again. He again apologizes to her then Prakashi says she will forgive him if he returns Priyu’s pride. She says Priyu will not forgive him for this crime and now the law will punish him if Priyu couldn’t. He apologizes to Priyu again she says that he has destroyed her life, she can never be able to face this world. Priyu says that no one will marry her so now Vaibhav has to marry her. Purvi got shocked and say how could she think about marrying a culprit.

She will not be happy with him. Priyu says that no one will marry her after knowing this and she wants a secured future. Now she is not left with another choice. Virendra says if Priyu wants this then we should support her in her decision. He says Purvi to accept her decision. He says that he assures that Vaibhav will not do anything wrong to Priyu now. On the other side, Anjali plans to stop this marriage. Manas and Juhi are happy that Purvi is back. Purvi goes to the kitchen to bring milk for them and sees that one of their servants is going outside the house at midnight.

Virendra knows that Purvi is set with him. Manas suggests him to give Purvi a gift to convince her. Prakashi apologizes to Purvi and says that she should have believed her and support her. Purvi says you shouldn’t apologize as no one can think of his son doing this. Virendra gifts a new mobile to Purvi but she doesn’t accept. He suggests that she can talk to her mother also. Purvi agrees to take this mobile and calls her mother. Stay connected to know more about this episode.