The most awaited and hight anticipated entertainer Acharya’s teaser is out. Today, the makers of the film were released the most awaited teaser of Chiranjeevi’s Acharya at 4:05 pm. Ram Charan had announced on social media that “Door to Dharmasthli” will open on Friday. This is the Chiranjeevi film. In this film, you will get a chance to see a father-son duo. Yes, Ram Charan, son of Chiranjeevi is also starring in this movie. Cheeranjivi is an Indian Telugu language and historical action movie. Talking about the teaser, the teaser is looking so promising as the megastar Cheeranjivi is seeing in the massive avatar. 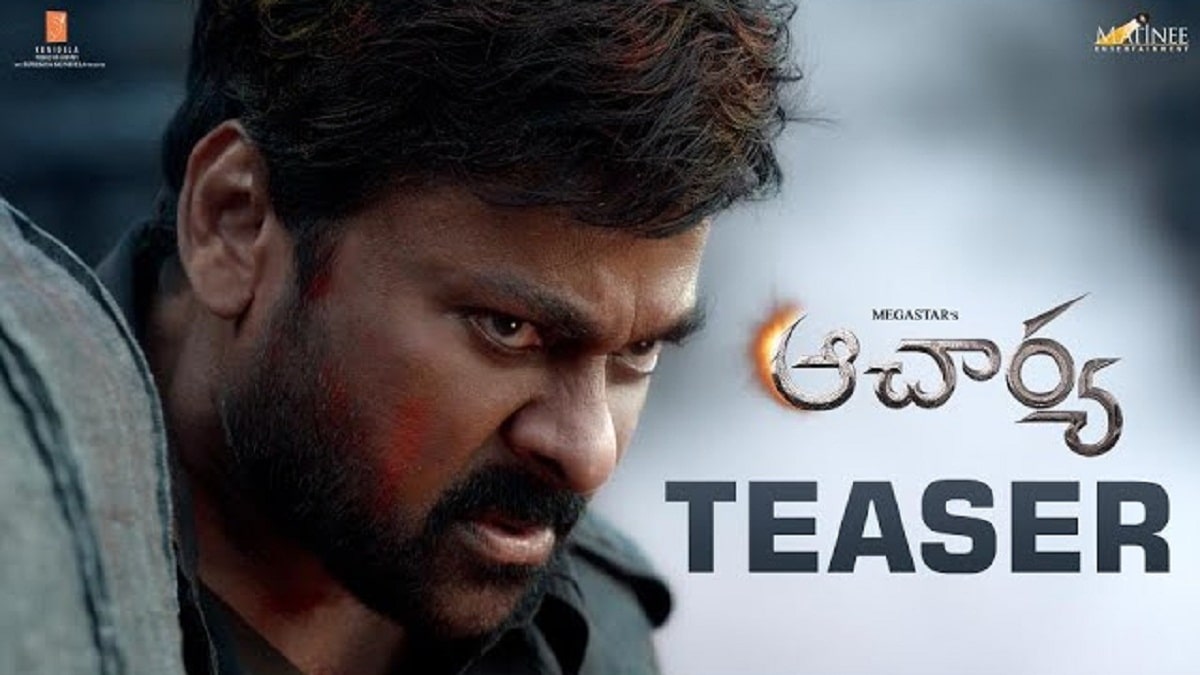 The movie is directed by Koratala Siva and produced by Ram Charan and Niranjan Reddy. The cinematography is handled by Tirru. The writer of the film is Koratala Siva. Under the Konidela Production Company and Matinee Entertainment. The music is covered by Mani Sharma. The budget of the film is 140 Crores.

Here are the lots of talented actors who will be seen together in the film. Chiranjeevi is playing the lead role in the film. Along with him, other actors will also be seen in the supporting role. Now, we will tell you the cast name, who will appear in the film.

All the actors in the film are very talented and hardworking. The megastar Chiranjeevi is playing the important role in the film. Chiranjeevi is a great actor and also a former politician. His debut movie was Punadhirallu in 1978. He is also known for his break dancing skills. He honored with the Padma Bhushan Award. Ram Charan is also starring in the movie. He is one of the best actor, producer, and entrepreneur who mostly works in Telugu films. He is the son of megastar Chiranjeevi. He made his debut in 2007 with Chirutha movie.

Kajal Aggarwal also plays a key role in the movie. She is the most beautiful and talented actress and model as well. Sonu Sood and Pooja Hegde are also playing a supporting role in the film. However, in the teaser, we didn’t get a chance to glimpse of them. The audience is eagerly waiting for the movie. The released date is not revealed yet by the makers. But we supposed that the movie will be released in theatres this summer. Stay connected with us for more exclusive updates on this movie.