One more big news is hitting the internet that a passenger who traveling in a plane jumped from it at the Los Angeles International Airport. The incident happened on Friday and the person was immediately rushed to the hospital by the staff of the airport. If we talk about the flight then United Express flight 5365 to Salt Lake City, operated by SkyWest was pulling away from the gate at 7 PM but one passenger attempted to exit the flight and jumped from the moving plane. He initially tried to sabotage the cockpit but managed to open the service door to jump from the plane. 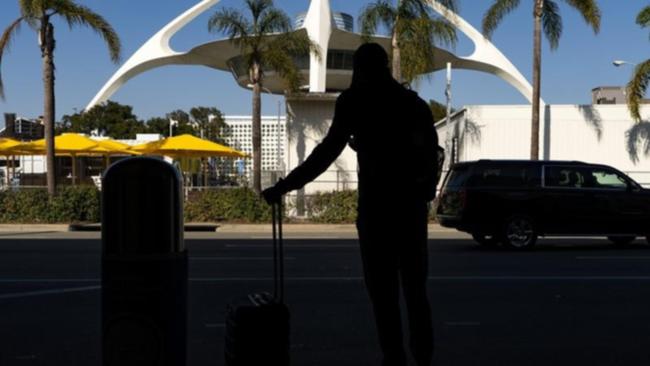 The effort that the passenger put into the flight was really horrifying because if the staff could not manage the flight after the man opened the door, it would have been dangerous for everyone on the plane. Right after he jumped off the plane, airport officials took him into custody and treated him for injuries that were not large enough to damage his life. Even after, the passenger jumped from the plane, the flight did not take off even after three hours. It is also, no one else injured in this incident only the passenger who create the situation was got minor injuries.

The confirmed statement of the Federal Aviation Administration (FAA) said that “The Salt Lake City-bound twin-engine Embraer 175 returned to its gate, the airport said. The flight could not take off even after three hours. Nobody else aboard the plane was injured”. Not only this, the FBI (Federal Bureau of Investigation) start investigating the entire incident because it was the second incident that happened in-flight services in Los Angeles International Airport in two days. On Thursday, another incident happened in Los Angeles International Airport in which a driver went onto the airfield after breaking the chain-link fence at a FedEx Cargo facility.

The person who broke the chain link was crossing runaways but the police chased his car and detained him. Later, the police clarified that the driver did not get any injury and now the person is in custody. Now, many people all over the world searching for the incident that happened on Friday night in which a passenger traveling on a flight to Salk Lake City was jumped into the moving plane at the Los Angeles International Airport. Now, the man is in custody and he was treated at the hospital after he jumped and get some minor injuries. So, stay connected with us to know more information related to the current updates.