Malume Swimming Video: Recently a man created a buzz on the internet with his swimming skills shown in a video that has gone viral on Twitter and Reddit. In this article, we are talking about the Malume swimming video which is trending all over the internet. We are here to make you inform why this Malume swimming video is trending and why people are showing their great interest in this video. First of all, let us tell you that Malume means Uncle, this video is about an amateur swimmer whose name is Welile Msomi. Recently, Welile Msomi stirred up the internet with his lack of swimming abilities but yet he has the courage of participating in a swimming race. You are advised to get more about Welile Msomi’s viral video in the following section of this article. Kindly scroll down the page for more details. Follow More Updates On UptoBrain.com 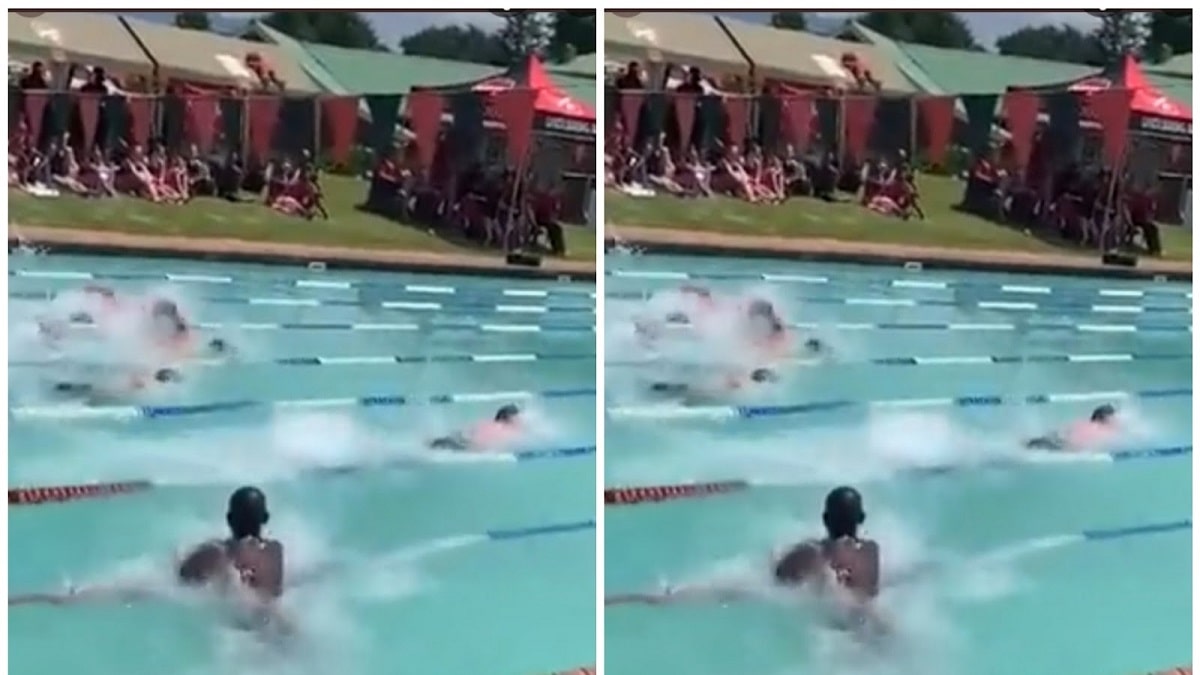 The viral video is showing a family event where a man named Welile Msomi showed his swimming skills. In the viral video, Welile Msomi is stepping forward with lots of courage to participate in a single-lap aquatic race nobody was aware of his lack of aquatic skills before the race but now everyone knows how much he knows about swimming. Kindly shift to the next section for more details about the viral video of Welile Msomi.

According to the video, Welile Msomi dives alone into the pool which shows how much he has aquatic abilities. Welile Msomi’s competitors breezed ahead with ease while Malume punched and kicked, he was barely moving ahead in the water and not able to get momentum. But suddenly Welile Msomi or Malume impressed everyone as he got boosted by the cheers from the people who were known to him and loved his encouragement. Eventually, Welile Msomi forged ahead and moved forward in the water.

But Malume finished last, but the positive point is he manage to cross the finishing line no matter what time he took but he finally did it. Following the epic failure of Malume, the founder and aquatic coach of Swimmanawa named Khumbela Ramaru revealed how much Malume inspired him. Now Ramaru has offered free training to Welile Msomi. Now it is being said that Welile Msomi is preparing to learn swimming at the Swimmananwa academy located in Pretoria North. Stay tuned to this page for more details.