Madhya Pradesh’s Singrauli coming into the headlines as 65 years old woman was allegedly raped by five men. The incident took place on 14th August 2021 at the railway crossing under the Jayant police outpost in Singrauli. 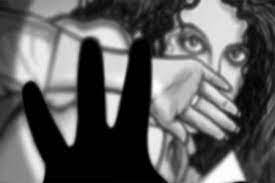 There is another heart-wrenching news that has arrived in which a 65 years old woman becomes the target of five people who gang-raped her. Just after the incident happened at the place, the woman reached the police station and narrate the entire incident that happened with the woman.

After the police filed the case, they start their investigation, and then all the five accused has been arrested. The official statement of the police said that they all were under the influence of some intoxicant when the crime was committed by them.

The woman has been identified as the residence of the place that sells “Dantoon” (Natural Tooth Cleanser Extracted From Trees). She was returning from her sister’s house when she was misguided by the five accused. After that, they all gang-raped her and leaves her at the place.

When the police investigate the case, they found two of the accused who living near the crime spot and then they both revealed the identity and location of the other three accused.

Let us also tell you that among the five accused, four are minors and only one accused is not minor. Currently, all five are arrested and further investigation is going on against five of them. The woman is safe now and the police continuously trying to punish them as much hard as possible.

Abhimanyu Divedi, Jayant Police outpost in-charge said that “The crime spot near the railway crossing was examined on Monday. The suspicious movement of some youngsters was recalled by people working near the crime spot after which two minors were detained.

The minors were identified by the victim and the two revealed the identity of the remaining three accused”. The five accused including four minors gang-raped a 65 years old woman and they all are arrested. They live near the crime spot and are then seen wandering near the railway crossing when the police arrest the two of them.