Hathras gang-rape case: Recently appeared Hathras gang-rape take a big turn in this case. There have been lots of new updates about this. here we will tell you the latest updates regarding the investigation of Police and taken actions of the UP government. As we already discuss the whole information of this alleged gang-rapes with an innocent 19-year-old girl. as we described in our previous article. Manisha Valmiki took her last breath on the way to Delhi Safdarjung hospital. Her pulse rate reached 52 as per the information. 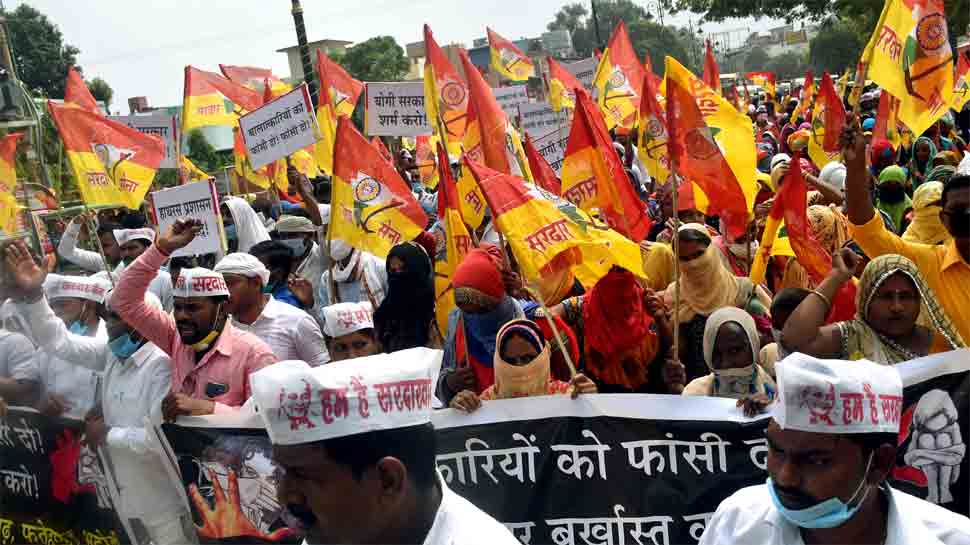 Hathras gang-rape take a turn in the case. Government officials issued a statement where they assured that there have been chances of riots under the shed of Hathras Victim’s death. Police did the Last rites suddenly at night a week ago without informing the victim’s family. Everyone protest against it but the police did not say anything due to lack of Evidence.

Now CM Yogi Adityanath and CBI found evidence which reflects there were chances of Brutal riots which may lead the most dangerous fight between Dalit and Upper caste peoples. Which may lead to many deaths and loss of public property. Police mentioned that they found a website where all the things are mention to proceed for UP riots. CM Yogi Adityanath also said Police did Suddent Last rites to stop further steps of Conspirers to UP riots.

There has been a statement where conspirers mentioned every step for every situation like what a protester should do when he caught by the UP Police, along with it there were also mentioned the Funding source for the protesters. one more evidence has been collected by CBI that Conspirers offered a huge amount to Hathras Family to support them in this planning.

As per the information Forensic team reached Hathras village on Thursday morning and already starts their investigation at the Crime spot. The investigation has been started and along with due to organizing a special team SIT for this case. There are the highest chances for progressive growth in this case.

The FSL report issue a statement that the girl was not raped: UP ADGP (Law and Order) Prashant Kumar on Hathras case (ANI). After the statement, NCW(National Commission for Women) writes to UP DGP seeking an explanation on the horrible cremation of Hathras rape victim.

Congress politician Priyanka Gandhi Vadra tweeted that “The father of Hathras’ daughter Manisha Valmiki has been taken up vigorously. her father is startled and threatened by them to give a statement against the investigation. That he is not satisfied with the reports. At the end of her tweet, she mentioned: “what government wants through startle the father of victim?”. 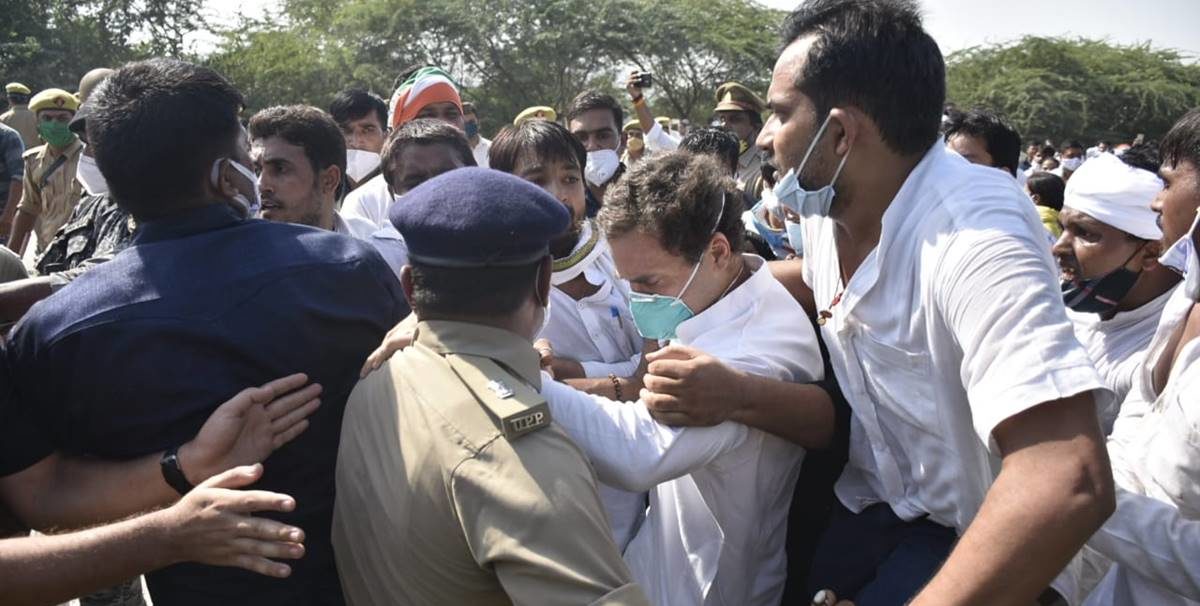 Rahul Gandhi and his sister Priyanka Gandhi Vadra detained at Greater Noida, Uttar Pradesh Police stopped them while they were marching towards the Hathras to meet the family of Victim Manisha Valmiki, Meanwhile district administration imposed section 144 in the district to reduce the risk of violence through locals. After that Rahul Gandhi said in his tweet that the UP Government is afraid due to his visit to Hathras.