Indian politicians and three-time Karnataka Legislative Assembly-member, Basavaraj S Bommai took oath today as the successor of the former Chief Minister of Karnataka BS Yediyurappa. The oath ceremony was held at 11 AM on Wednesday in Karnataka. Basavaraj Bommai is also a leader of the Bharatiya Janata Party (BJP). Former CM of Karnataka, BS Yediyurappa took a decision of resignation on Monday when his party has completed two successful years in Karnataka. 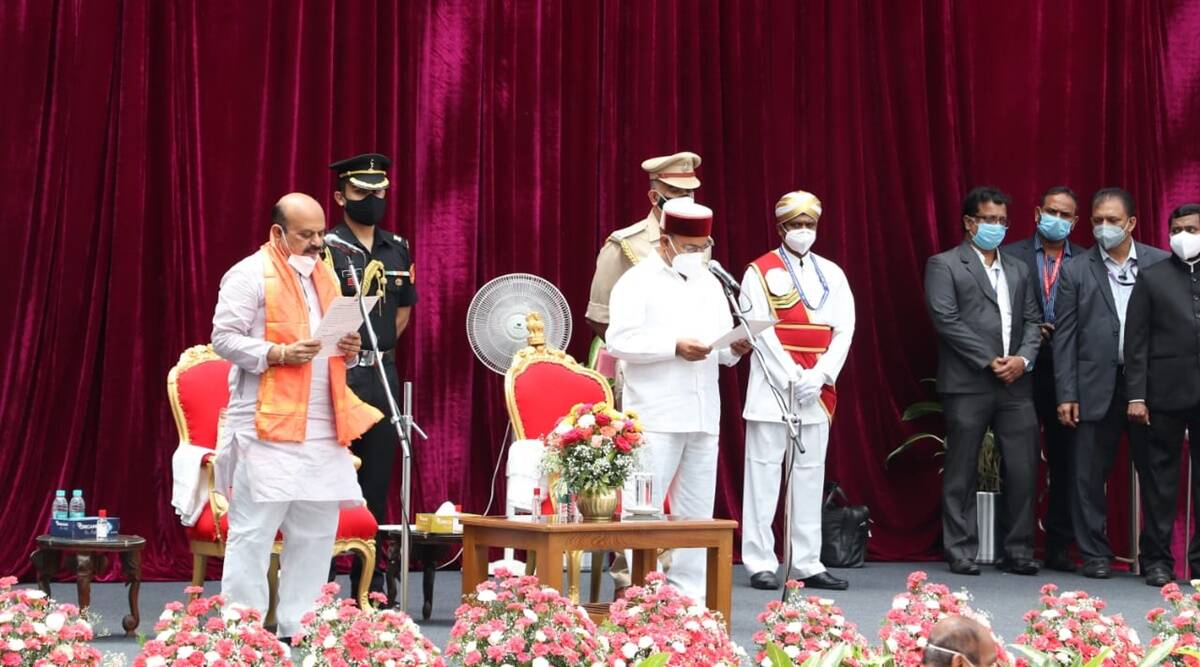 Who Is Basavaraj Bommai?

Along with this, after taking the responsibilities of the state, Bommai said,” I will convener the meeting of the Cabinet and then, I will schedule a meeting with the senior officers to analyze the situation of Covid-19 in state and also, the flood situation”. He was one of the top contenders for the post of the chief minister and was a home minister of Karnataka under the Government of BS Yediyurappa.

During the meeting of the party, the name of Bommai was suggested by BS Yediyurappa and then, his name was supported by Karjol Ashok Eshwarappa and all MLAs of BJP.

Well, the new Chief Minister Bommai also belongs to the political community of influential Lingayat just the former Chief Minister BS Yediyurappa. With this, the CM held a meeting with the Governor of Karnataka to get support to form a Government.

The sources said that there were three names coming to become the Deputy Chief Minister in the Government of Karnataka and those names are Govind Kajol, Sriramalu, and R Ashoka. They all belong to different castes, tribes, and communities.

Basavaraj Somappa Bommai was born on January 28, 1960, in Mysore  (Karnataka) and he is the son of former Chief Minister S. R. Bommai and Gangamma. He took his Mechanical Engineer graduation from B. V Bhoomaraddi College of Engineering and Technology and started his career in one of the biggest company Tata Group. By profession, he is also an industrialist and agriculturist.

First, he was elected as a member of the Legislative Council of Karnataka two times in 1998 and 2004. Later, he left the Janata Dal Party and became a part of the Bharatiya Janta Party in 2008. In the election of 2008, he was also elected as a Karnataka Legislative Assembly in Haveri District.

Along with this, Bommai also served as a Minister for Water Resources from 2008 to 2013. Now, the three-time member of the Karnataka Legislative Assembly has become the 23rd Chief Minister of Karnataka.