Recently, Lisa Rinna criticized her daughter Amelia Gray Hamlin’s relationship with Scott Disick. Just after Lisa make a joke about her youngest daughter’s choice, many netizens took to social media, and many people continue talking about the incident. Let us tell you about the complete incident and the moment create by Lisa Rinna. 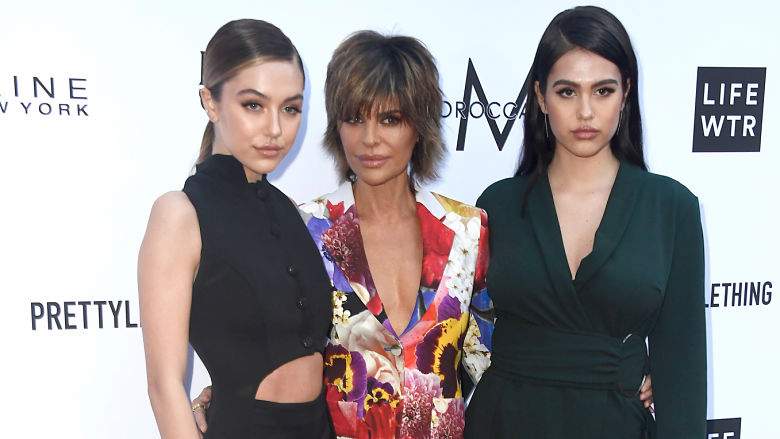 So, she was on The Real Housewives of Beverly Hills, Wednesday’s episode, and addressed daughter Amelia’s relationship with Scott. Just after that, she gave a nearly unforgettable reaction. Not only this, but Rinna talks about her daughters Delilah and Amelia. Mainly, she talks about their relationships.

Not only this, but she also tells if she sees a future for them but she gives blessings to Delilah’s love and life. Delilah is currently in a relationship with Eyal Booker. Rinna said “We love Eyal. He’s so good for Delilah. She’s really growing into herself. [husband] Harry [Hamlin]’s made it quite clear that he would not object if Delilah and Eyal got married.

Which is pretty shocking, but that says a lot”. Just after that, she also talks about Amelia but she does not say anything in favor of her. As she created a joke about her relationship and says that she can’t expect that her relationship will go far in the future.

When it comes to Amelia’s relationship, Rinna said that “I can’t say the same for Amelia at this point. No. Like why can’t [she be dating] Harry Styles? Why the f–k is it Scott Disick?”. If we talk about the relation between Amelia and Scott, then they both have 28 years age gap between them. While they both announced their relationship, they had already become a talkative topic on several social media platforms.

The duo has been announced their relationship in November 2020. They both already faced many trolls on social media from netizens and this time they have been again joked by Lisa Rinna mother of Amelia.

Talking about the time when Scott reveals that he is in a relationship with Amelia then he said: “Everybody gets this wrong, that I look for young girls. I don’t go out looking for young girls. They happen to be attracted to me. Because I look young”. Currently, they are both again coming into a trend, and many people talking about them.

Currently, many netizens talking about Lisa Rinna because the way she created the difference between her one daughter and her second is not right. So, we will update here all the information regarding the incident. So, stay connected with us to know more details regarding more updates on the same topic.