LG Electronics is a South Korean multinational company and known for its products. In India, LG contains lots of appreciation for its products and the company gets lots of success in the Indian Market. Many products launched by LG in the Indian Market and many people buy many products. A piece of great information is that LG will be going to organized an event in India on 28th October 2020. The company sent an invitation to the media but does not give any information about the event. Also, the purpose of the organized events in India after lockdown is to release a new model mobile phone. So, it is also possible that LG will be going to launch its new mobile phone in India. 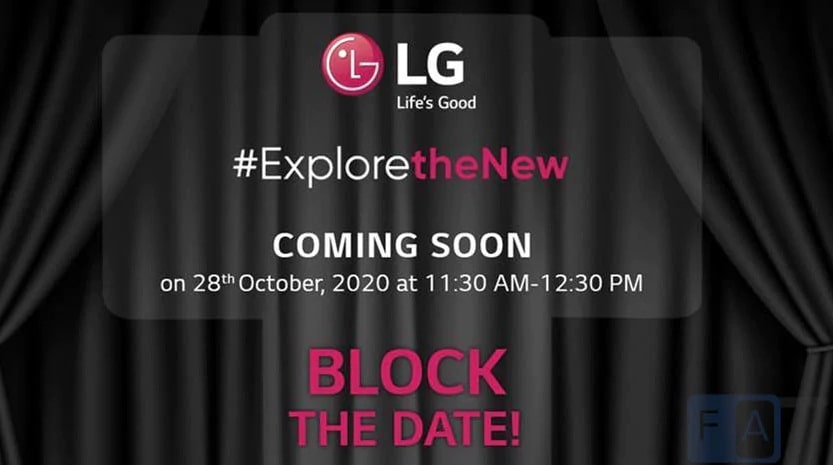 Specification of the LG Wing

It is also possible that LG Electronics will be launching its dual, rotatable screen phone, Wing in India. The LG Wing debuted globally a few months back and surprised everyone with how dual-screen phones look and work. The LG Wing is a new model of LG Electronics in which a bigger screen is superimposed over the smaller screen. The top has a 6.8-inch 1080 OLED display while the smaller 3.9-inch OLED screen. The new brand phone of LG is support 5G and powered by an octa-core Qualcomm Snapdragon 765G processor. ( Also Read: Samsung Galaxy M41 Price In India Launch Date Full Features & Specification )

LG going to launch 5G phones in India but due to lack of 5G resources and services already settled setup is placed for 4G connectivity. LG Wing will be a different choice of Indians and maybe many people loved it to after launch. The phone comes with a 64MP main camera, accompanied by a 13MP ultrawide camera, and a 12MP Gimbal motion camera. Also, a 32MP pop-up camera for selfies that serves you a very great quality. Due to the Pop-up cameras, buyers will get a full-screen display that attracts too many people in India. ( Also Read: Nokia 215 4G, Nokia 225 4G With VoLTE Calling, Launched In India Price Full Specs  )

Benefits of the Dual-Screen phone

The benefits of the dual-screen display are people can do multitasking and get their desired quality of performance. You can use two apps in the dual-screen display that help you when you need to focus on two projects at the same time. Another benefit of the Dual-screen display is that you will play games on the first screen and use other apps on the second screen. This will gives you another experience. So, the new model LG Wing maybe launch in India in the upcoming months. Also, this statement is not officially confirmed. ( Also Read: Oppo F17 Diwali Edition Launch Price In India Full Specification & Features )